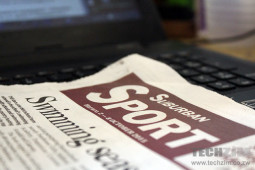 In an open letter posted on their website a few days ago, Schools Sports Network (SSN), a relatively young blog focused on the updates and news about schools sports in the country, accused Zimpapers of stealing content and using it in their print publications, specifically “The Suburban”. Zimpapers is government owned and the largest media and publishing company in Zimbabwe.

According to the letter, content ripped from the blogs website was recently repackaged and used in Zimpapers’ newly launched print publication, “The Suburban”, without SSN’s permission. The founder of the blog, Chenjerai Katanda, accused Zimpapers of unfairly making money off the young publication’s sweat because Zimpapers sells advertising against the pirated content. The irony, Katanda notes in the letter, is that Zimpapers is well funded and ideally should be producing their own content.

Here are some excerpts from the SSN letter:

We started School Sports Network to promote and publicize school sports and student athletes in Zimbabwe, and that is why our work is licensed the way it is. Schools can copy our content and put it on their websites;  parents and students can copy and paste our content onto their social networks. All of that is okay by us as it’s not for profit; with such reposting and sharing, our content is not tampered with as you do when you combine several of our stories into one and add a staff writer’s byline. Your putting your source as Facebook posts or School Sports Network on an article, with your byline claiming work that is not your original work, doesn’t help us.

There is a lot of exciting school sport happening within Zimbabwe, and we at SSN cannot cover it all due to financial restrictions. With the number of adverts in your paper, we can only assume you are well-funded. Why not put that money to work and go out to watch school sport and cover it yourselves and not plagiarise our work?

If it’s fixtures you want to know about, we are happy to share that information with you. Simply email us on info@ssn.co.zw. If you would like to continue using our content, you can contact us to make an arrangement to pay for it. Otherwise, we are asking you to stop plagiarizing our work.  Your readers expect much more from you, and so do we.

The stolen content, repackaged and published in the Suburban: 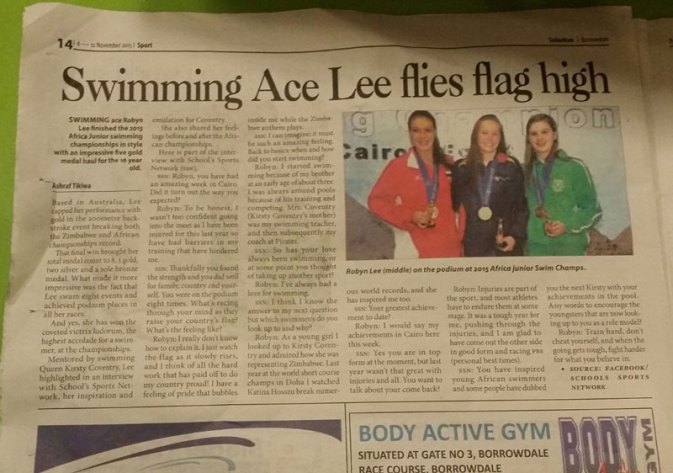 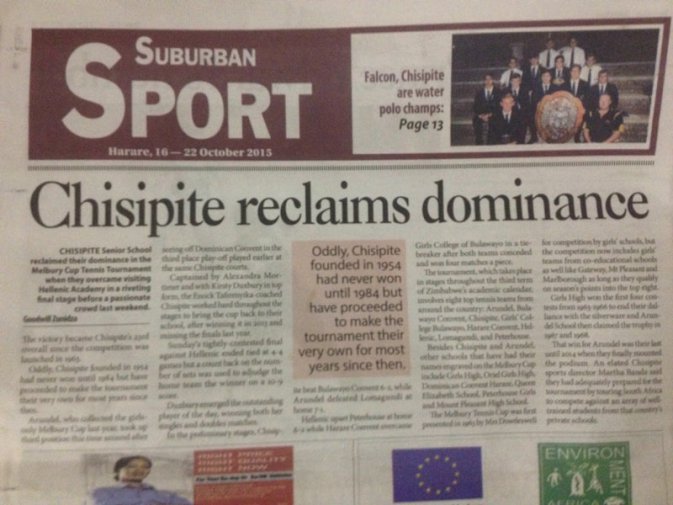 See update at end of article.

Zimpapers makes the most money in the news industry in Zimbabwe and is turning a profit when competitors are struggling. Local bloggers on the other hand are just small teams (sometimes even 1 man startups) driven mostly by passion, working hand to mouth to grow their online publications. It ofcourse doesn’t help that Zimpapers is government owned. Effectively, them pirating content from online publications would mean the government is stealing from the young businesses it should instead be helping protect in order to increase the tax base, employment and other benefits that come from a thriving business ecosystem.

This is not the first time that Zimpapers has been accused of stealing content. We wrote about this very thing in March this year. Of course, Zimpapers is itself a victim of massive content theft by online publications based out of Zimbabwe such as NehandaRadio. It’s a problem the company’s executives have said they lose sleep over, which makes one wonder why they’d go and do the same. Ofcourse it could also be that the management team and senior editors at Zimpapers are unaware of theft happening in their publications or that the definition of content theft and piracy is different there (there’s been evidence of this problem actually) which is why letters like Katanda’s are important.

Recently, the Voluntary Media Council of Zimbabwe (VMCZ), whose membership is mostly the traditional print publications, hosted an event in Harare to discuss a code of conduct for digital media platforms and players. Bloggers were invited and had their input considered. It remains to be seen however if the outcomes from such engagement will yield results on the ground.

Update (11 Nov 201): SNN has since updated their website with a response they received from Zimpapers today. Zimpapers acknowledged the problem and indicated they will ask for permission and pay for content in future. Here’s the Zimpapers response as posted on SSN:

Suburban has discovered that two of our contributors have taken sports content from School’s Sports Network and submitted it as their own contributions.

We have stopped this.

We were not aware that they were copying other people’s content and we apologise.

However, the quality of the content was high and we would very much like to use a selection of this content, except that this time the stories would come from School Sports Network directly or by copying from the website, but with permission.

Writers and the network would be acknowledged as the authors.

Thank you for your understanding of our problem and thank you for the help you have already given.