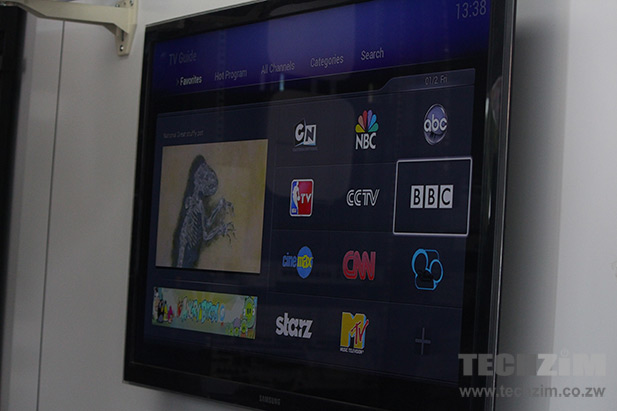 Zimbabwe’s digital migration project has recorded a bit of progress after the first digital signal was registered recently through a site in the eastern border city of Mutare.

According to a report in the Financial Gazette, technicians made a successful live broadcast at the national broadcaster ZBC’s Pockets Hill studio in Harare using transmission set up at a remote site in Mutare, which is one of the six remote sites that have been set up to send and receive signals around the country.

The other site-related work which has been lined up as part of the project includes the construction of 24 additional remote sites around the country which are meant to complement an existing 24 sites already set up for the analogue signal. So far, 15 of the 24 new sites are reportedly under construction.

For stakeholders like the ZBC, a lot is riding on the entire digital migration project which is expected to do more than just create new stations for both radio and television while providing a platform for improved content quality.

One major expectation is the opening up of a consistent financial inflow through the adoption of a subscription-based model for all television content shown on ZBC. This will allow the national broadcaster to generate revenue from subscribers who have, in the past, refused to pay for content under the existing annual licence system.

Viewers will be expected to pay a monthly subscription of between $3 and $5 in addition to securing a new set-top box priced at a subsidised price of $25, which will become a pre-requisite for digital transmission.

Despite the celebrations that have marked this first digital signal the entire digital migration project still has a lot of deliverables that need to be met before the country can sign off on it as a complete success.

So far they have been project delays that have been blamed on the release of funding, as well as challenges with securing the right amount of content that will be broadcast on the new channels.

These hurdles have cultivated an element of doubt that will, for the sake of stakeholders like the Broadcasting Authority of Zimbabwe and Transmedia, be dismissed by more milestones like this first digital signal.