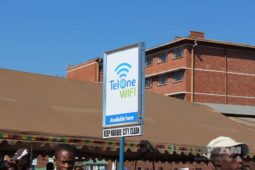 This is a considerable leap from the 10 sites that had active hotspots when the service was launched 15 months ago. Since then the service has undergone some changes in data offerings and prices.

The hotspot total places TelOne as the second largest provider of a WiFi hotspot service after ZOL which has over 200 hotspots nationwide.

Both TelOne and ZOL are competing with other providers like Telco and Africom that have also invested in public WiFi access as a way of expanding service availability and tapping into the huge market of mobile broadband users.

Over 95% of active internet connections in Zimbabwe are made through mobile broadband. As a fixed internet services provider, TelOne has had to keep these trends in mind while carving out a presence for its internet service through a visible WiFi option.