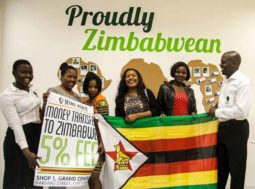 Since it launched in early 2015, Mama Money, a South African based remittance startup has made efforts to grow its brand and cultivate enough trust to become a visible remittance option for Zimbabwean migrants sending money back home.

In addition to expanding its network of agents in South Africa from 20 over 70 plus engaging retail store chain PEP to offer agent services, Mama Money reportedly announced that it would be adding Telecash as a payout partner in Zimbabwe.

This means recipients in Zimbabwe have the option to get their remittances sent straight to their Telecash mobile money wallet, something that widens Mama Money’s payout network which has already gained a national presence through a strategic relationship with CABS and its Textacash service.

Mama Money becomes the latest remittance service to explore the mobile money focused remittances opportunity, following Mukuru and Hello Paisa in partnering with Telecash and emulating the string of other remittance tie-ups that EcoCash has engineered.

People who send and receive money across borders are increasingly adopting easy-to-use cashless alternatives like mobile money which are emerging as standard alternatives for a market that was previously defined as a cash first business.

However, changes in the environment that include a ubiquity of mobile money agents and a worsening cash crisis make partnerships like Mama Money’s alliance with Telecash crucial.