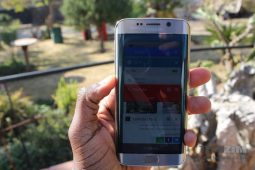 Mobile broadband use in Zimbabwe shot up by 23% between April and June 2016 with 1,857 million GB of data consumed during the period.

These figures were shared in a recent quarterly report on Zimbabwean telecoms from the regulator, POTRAZ.

The report also highlighted that the rise in mobile internet access was recorded by all three mobile network operators in the country albeit with varying percentages – Econet (21.6%), NetOne (21.3%) and Telecel (41.7%).

Whilst Telecel has experienced the largest rise in internet use as the operator with the smallest number of active subscribers it still recorded the lowest rate of data use (154,753 GB) trailing Econet (1,454,008 GB) and NetOne (249,182 GB).

Zimbabweans (the majority of whom access the internet through mobile devices) are increasingly using the internet as more than just a communication utility, turning it into a primary source of news, information and entertainment.

Previous reports have highlighted how the most popular applications are WhatsApp and facebook. Both have been undergoing a number of changes that have centred video as a leading form of content.

Individually WhatsApp also brings a group feature that has encouraged the sharing of content while Facebook has added services like Facebook Live Video and has tweaked its algorithm to ensure that popular video posts are given prominence on users’ timelines.

If you tie all this to WhatsApp and Facebook bundles provided by the Zimbabwean mobile operators as a wy of making these apps cheaper, you have a steady rise in broadband use.

Content creators and any entity trying to build a brand or name ought to consider these figures critically when making the next decision on sharing material.

After all, if mobile internet video has worked for pastors/hacktivists and new age entertainers it’s clearly an important part of the winning formula.