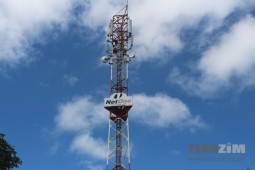 mobile base stations in Zimbabwe

What was also interesting from the report was that only 35% of the 2G base stations are in rural Zimbabwe. Not to say that 2G is meant for rural areas but with over 10 million people and 68% of our total population living in rural Zimbabwe we expected a slightly higher percentage since the introduction of 3G back in 2009 and LTE in 2013. Generally, the introduction of new technologies allows for a trickle down effect of older technologies to be installed previously disadvantaged areas but this seems to be going at an alarmingly slow rate.

Base Stations in Rural Zimbabwe

Unfortunately, POTRAZ did not break down active internet subscriptions over 2G, 3G, and LTE and instead bundled them into one (6,586,650 for interest sake). That kind of data would have given more weight to our assumption but for the sake of constructive argument, we believe Zimbabwe to be a 2G country.

12 thoughts on “Is Zimbabwe still a 2G country?”