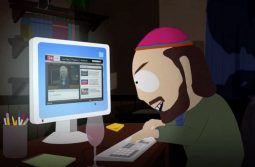 There is a universal delusion that the internet gives you anonymity. People have a tendency to do what they would not normally do, say what they would never say in person and write things that would shock those that know them in real life when they are online.

Nothing can be further from the truth. The internet does not give you anonymity unless you diligently seek it and even then just one breadcrumb is all it takes for you to be unmasked and get into real trouble. I am going to share a couple of stories to illustrate my point.

What inspired this article?

So we were having a discussion on the new proposed bill that promises to outlaw the “abuse of social media” whatever that means. “How are they going to catch me. I will just use a fake account and continue to give them a piece of my mind.”, said my not so enlightened friend, basically voicing something that most people think.

Exposing who is behind such an account would be trivial. This story of a woman who had an anonymous Facebook sleaze tabloid from a couple years ago at UCT is a case in point.

Basically, all one needs is a beginner’s level skill in JavaScript and a carefully scripted link to a server they control to get your IP address. After this, they will just make a call to your squirmish ISP who will quickly give you up and then you will be toast.

The internet is littered with such stories of people who thought they were invincible and smarter than everyone only for them to fall into a trap and end up in prison. If I had a bond coin for every such story I would be richer than Bill Gates.

The story of the Silk Road

Ross Ulbricht was a bright-eyed twenty-something year old full of dreams and ideas when he left University after obtaining his second degree. He ventured into business briefly but his entrepreneurship venture died in its crib.

In 2011 when he was 27 he created a website called the Silk Road which was sort of an Amazon for drugs on the so-called Dark Web.

At one point $300,000 worth of drugs were being sold on the site each day with him keeping 10% of the cut leading him to believe he was living through “years of prosperity.” His site was a fort and used advanced techniques such as Tor and heavy encryption thus his anonymity was all but guaranteed.

How did they catch him then? Using Google. By making use of advanced search features they discovered an obscure post which used his handle and had his real email address and the rest, as they say, is history.

He will be in jail for the rest of his life because he thought he was smarter than everyone else but he made a very tiny mistake back when he started.

I remember a similar story of a man who ran a torrent site. He got caught because years ago he had posted a question on Stackoverflow. He was not yet proficient in PHP and was asking for people’s help and clearly mentioned the domain name of his new project. He also paid for his error.

Another briefly registered his domain name using his real details before he decided to switch on privacy on the domain name. That led to his undoing.

Artem Vaulin is the man behind the once most visited torrent site known as Kick Ass Torrents. At one point this site probably received more traffic in one day than all the local Zimbabwean sites combined.

He allegedly made millions of dollars per month in advertisement revenue hiding behind VPNs, a flimsy DMCA policy and pseudonyms.

Ironically he got caught because he decided to buy music on iTunes (he ran a pirating site) using the same IP address as the one he used to log into Facebook. The same people who busted the founder of Silk Road were involved here.

I know what you have been downloading

The friend I mentioned above has a broadband WiMax connection and because ZESA power outages are rare these days and he has the modem plugged in a home made UPS system it can it rarely goes offline. The result is that his IP addresses don’t  change in the interim.

To scare him straight I decided to tell him the list of all the illegal movies he had downloaded in the past two weeks without even looking at his laptop. He was shocked by how easy it was.

If you are one of the people that still believe in anonymity on the internet go to this website (http://iknowwhatyoudownload.com), enter your IP and you will discover what torrents, if any, you have downloaded.

The site works in pretty much the same way that rights holders work when they track torrent downloaders. They join torrent swarms to identify the offending IP addresses and the files they are downloading.

If you use a dynamic IP you can safely bet that your ISP keeps logs on the IP addresses that you were assigned at each given time. If someone was motivated they enough they could still find you, your name and other identity particulars.

Whatever you do online it would be safe to you to assume someone is watching your every move. Be safe unless you are really, really good rest assured you can be exposed. So, don’t do anything you would not do offline out in the real world.