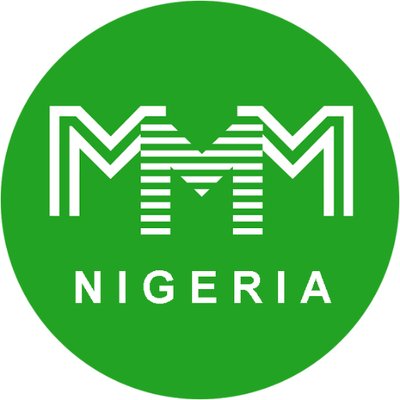 MMM Zimbabwe made a lot of people rich but eventually made a lot more poor, typical of any pyramid/ponzi scheme that has come into existence.

Yes, the whole concept was to use “spare money” and this is probably the gospel your guiders preached throughout your participation but the truth is many participants succumb to the lure and excitement of earning “free money” at 30% interest just because you helped someone and at some point you would need help too.

In Zimbabwe, as we later realised, a lot of the guiders made a fair bit of money, with many of them converting their “mavros” the MMM digital currency into BitCoin and bought cars from Japan and continue to enjoy their money safely stored in BitCoin wallets, which is probably why a few weeks ago BitCoin in Nigeria was trading at an all-time high, they knew this was coming, and they cashed out before you could.

In Zimbabwe the first signs of MMM Zimbabwe coming to a halt when the Reserve Bank effectively distanced itself from any activity outside of its regulatory scope, they were powerless to either stop MMM Zimbabwe or help those who could potentially be affected by its subsequent demise.

This made a lot of MMM Zimbabwe participants wonder what exactly was going on to have the whole Reserve Bank come out and say they have nothing to do with MMM, confidence still remained but eyebrows started to get raised.

The smart participants caught wind of possible system crash and initiated a wave of withdrawals (GH) which led to another public blow for MMM Zimbabwe, the mobile payment system they had adopted as their primary means of transferring money to each other also distanced itself from MMM, citing it had nothing to do with any illegal activities that may or may not be happening on their platform. Again, confidence remained, but more eyebrows were raised.

Then MMM East Africa, MMM Zimbabwe’s parent organisation, froze all participants accounts and promised to have them reopened in a month after the Mavros system was replenished. The freezing allowed people to PH (deposit) but would not let anyone GH (withdraw) and this left a lot of people confused, the end of the fairytale ride was truly coming.

After the accounts were frozen, MMM was hit with increased public pressure which finally resulted in it reopening accounts, BUT, there was a catch, the Mavros had lost 80% of their value and were now trading at 1 USD = 5 Mavro, yet before it was trading at 1 USD = 1 Mavro,

It was a take it or leave it stand-off between MMM Zimbabwe and its members, but that wasn’t the end of it, MMM then released another bombshell by granting participants access to just 1% value of their accounts, this is after the 80% reduction in value.

This meant that a participant may have had 10000 Mavros, losing 80% value to $2000, but can only withdraw 1% of that value which is $20, that is if they are fortunate enough to be matched with someone willing to Provide Help (PH). After the withdraw of 1% your account will be cleared out, leaving you with 0 Mavros in the system.

This was effectively the final blow and end of MMM Zimbabwe, very few participants got out with anything but the few that did are quite happy with all the hard work they put into getting new members and “guiding” them through the system earning bonuses and high-interest rates.

We were able to catch wind of some official communication which placed the affected MMM Zimbabwe Members at 66,000 and had MMM moving $3 million USD at its peak, a paltry figure if you compare Zimbabwe’s population to Nigeria’s which some media outlets are placing at a million victims.

Will you ever got your money back? Well its really up to you as participants but from MMM Zimbabwe experience the system is effectively shut down.

25 thoughts on “MMM Nigeria this is how MMM Zimbabwe crashed, very similar to what is happening to you now”