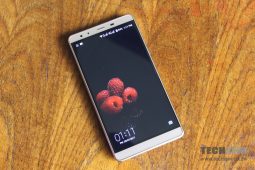 The Astro Genesis Phab comes through as the long awaited premium offering from the manufacturer. It comes with quite a bit of interesting features that might just snatch your attention for a little bit. Let’s dive into the details shall we. 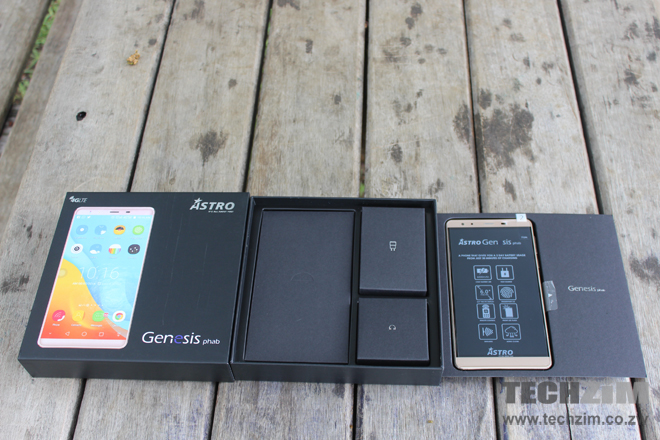 The box is not at all on a diet at all. Accessories are packed in individual boxes neatly arranged in the main box with a pretty premium touch to it. 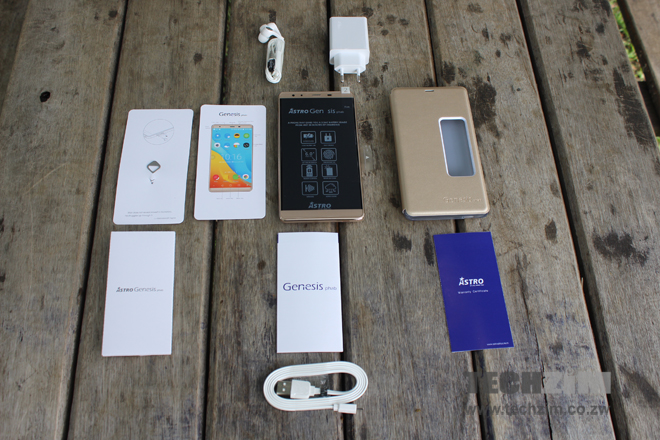 The Astro also has a mammoth 6300mAh battery and comes with reverse charging enabled. It would have been nice to also find a USB OTG cable in the box.

The back of the device could use some work in terms of design. For a premium offering it does not feel that special. The plus side is they tried to maintain a clean design language with not too much going on. I like to see it as elegant simplicity.

Whilst we are here, on the back you find some rather conspicuous plastic bands on the top and bottom which cover the antennae.

The bottom plastic band is where you find the loudspeaker grill which has 2 protrusions on either side to prevent the speaker from being muffled up when placed on a flat surface.

The top plastic band houses the 16MP camera and a dual tone LED flash. Just below the top plastic band right in the middle is a fingerprint sensor that you can easily reach with your index finger and below it you find the company’s branding.

The rest of the back is of the metal variety which has a pretty nice feel to it but can be rather slippery.

It is a very chunky phablet indeed owing to the herculean battery size. Flip it over to the front and the view looks much more inviting. You are greeted by a curved glass panel placed on top of a 6 inch Full HD IPS LCD display.

Above the display from the left you find the 8MP front facing camera, the front facing flash, the earpiece, a tiny notification LED and finally the proximity and ambient light sensor. 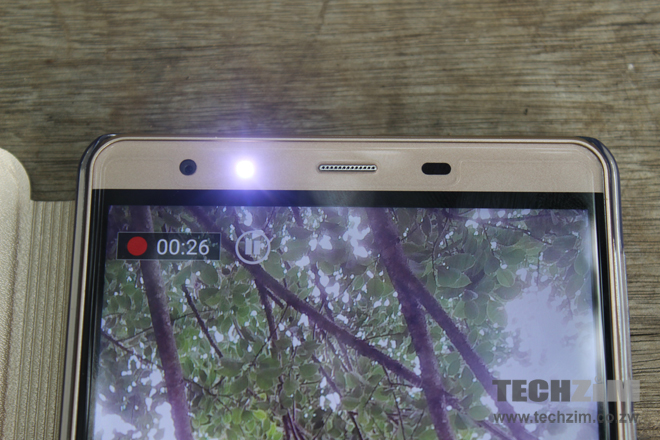 The bottom of the display is left bare as navigation keys are on the actual screen. As gorgeous as the face of the device is, we couldn’t help but feel a bit cheated with the dimensions of the display.

When the display is off you cant help but be given the impression that it has an edge-to-edge display. It is after waking the device that you see a significant black band round the perimeter of the display.

The Gold color option we had for review only made it worse. Maybe it would not be much of an eye sore if the device is black. 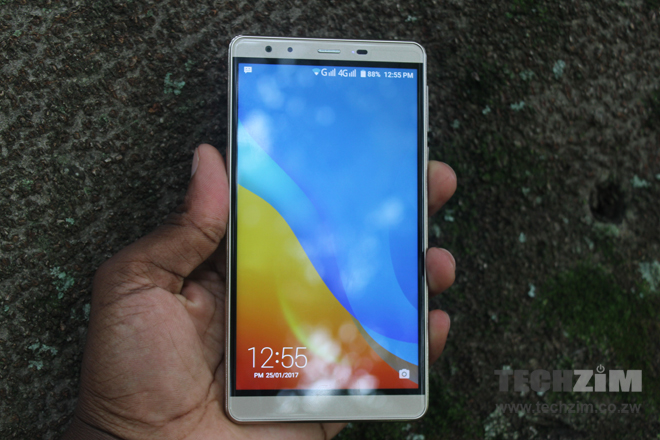 The touch sensitivity was also in a few occasions not responding that well, something with was then solved by diving into the settings and turning on ‘High Sensitivity’. It’s not really a train smash as it is something that can be sorted via a software update.

However the display itself is quite brilliant with nicely rich colors, good sharpness and very decent brightness. You will not have too much trouble reading contents of the display in the blinding African midday sunlight.

The top edge of the device houses a 3.5 mm headphone jack and an IR blaster for remote control functionality. The bottom is home to the micro USB port and the primary microphone.

16MP and 8MP combo is what the Genesis Phab brings to the table. We start off with the main camera. It features several shooting modes in Auto with the most interesting ones being Multi angle and Motion track.

The camera itself produces pretty good images with good detail preservation when taken in well lit environments. The best images we managed to take in Auto with other modes either compromising on sharpness or exposure.

Taking pictures in low light situations is something one might need to avoid. The images are very grainy and lack sharpness and detail. They almost look more like an oil painting.

It also comes equipped with a manual mode for the more creative folk that want to take control of their photography. It allows you to manually adjust the Scene, Exposure, ISO and Temperature. It would have been nice to see manual control for shutter speed and focus as well but not a bad offering.

Front camera is an 8MP unit and the first we have seen that also comes with a Pro mode. However the camera still struggles in poorly lit environments as well. The front facing flash does try and help out a bit in providing some illumination but its efforts are dampened by the blue tint it produces.

The front camera shoots video at 1280 x 720 resolution while the rear camera can shoot 1080 x 1920 Full HD video. Both take really smooth video regardless of the lighting conditions though focus can be hit or miss as the amount of light decreases.

Audio on the Astro is good. The loudspeaker is nicely loud at 73 decibels with a clean output. We would have loved just a bit more grunt in the low end bass but overall output is good.

Connect a set of headphones and the audio output stays pretty decent with just a minor drop in volume levels. The music player comes with quite a number of settings and presets to fine tune the audio to your personal preference.

This is a dual Sim device capable of dual 4G LTE but it comes at a price. It is fitted with a hybrid slot that means you can have a combination of 2 Sim cards or one Sim card and one microSD card only.

If you wish to have the option of 2 Sim cards plus expandable storage you are not in luck. There is no CDMA support for our fellow CDMA subscribers too.

It also features Bluetooth connectivity, Wifi and an Infra Red emitter for operating home appliances such as televisions and air conditioners.

A mammoth 6300mAh battery is what powers this phablet. The smartphone boasts Quick charging from its 9V, 2A charger pumping in 18 watts of power.

So if you use a normal charger and not the fast charger provided in the box it might take you a while to fill it up. It does get slightly warm when charging but nothing out of the ordinary.

Endurance was a bit underwhelming. It is impressive yes but for such a large battery we expected it to outlast everything we ever tested. The battery received a 42% dent after an hour each of video streaming, gaming and video recording.

This translates to just about a full day of heavy usage or one and half to two days of moderate usage, which is actually pretty good but with a 6300mAh battery we would have loved to comfortably torture the battery for a few days before we needed a refill but this is just nit picking.

Deep in the heart of the Astro is an octa core Mediatek MT6753T CPU clocked at 1.3GHz bundled with a Mali-T720 GPU.providing some decent mid range performance.

It comes with 3GB worth of RAM and 16GB internal storage which can be expanded via a microSD card. It comes with a 32 bit version of Android 5.1 lollipop which we found a bit odd as the chipset is a 64 bit chipset. This could work against the performance it could potentially achieve as the software is not making full use of its hardware. 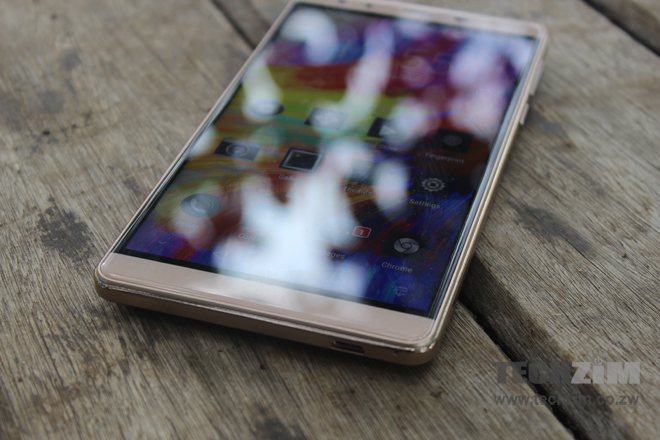 However the combination of a mid range chipset coupled by a Full HD display and spacious 3GB of RAM is a pretty good recipe for a buttery smooth, lag free UI. Bloatware is also limited, very limited to the point that we had to download the YouTube app.

In our synthetic benchmark the Genesis Phab achieved a score of 37 879 throwing it right in the midrange ballpark. This translates to lag free normal day to day usage. Heavy apps might stutter a bit so its not a device we would recommend for a hard core power user.

At their brand relaunch Astro boasted on their intense focus on software trickery and they surely pulled out all the stops.

The list goes on and on. You also have hovering gestures that we believe can be of some use when you have gloves on or you have wet or pretty dirty hands.

Hovering left or right whilst at the home screen allows you to switch home screens. The same gestures in the music player skips to the next track or skips to previous track. In the gallery as well these gestures scroll to the previous or next image.

If you spend an extra $10 for the flip case you can activate smart settings that allow you to utilize the window on the flip case to view time and notifications. We would have loved this window to allow us to read messages, skip tracks and return missed calls without opening the cover. 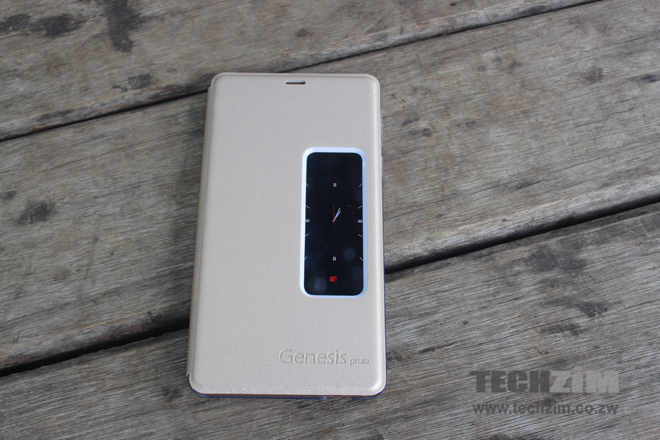 It also comes with an Infrared emitter and a remote control app that allows you to use the Phablet to control a number of home appliances. For the greater part it worked pretty well once you get the remote control software and can most certainly make remote fights very interesting.

Lastly it comes with a fingerprint scanner for unlocking the device and it does so swiftly. Accuracy is spot on though you have to place your finger a certain way for it to be recognized. Change in orientation of the recorded finger will not be tolerated by this fingerprint scanner 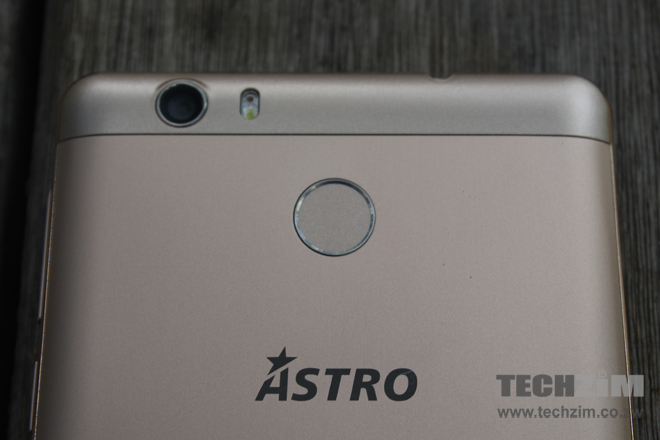 – It is a heavy device

– The black band bordering the display steals some design points

– As much as battery life is well above average, it could be better

Folks here it is. The long anticipated (by some) Astro Genesis Phab. It is as premium as Astros come, a battery that can literally last you days between top ups and loads of software tricks to boot.

Boasting a price tag of $399 its certainly throwing itself in some pretty hostile territory but it is willing to justify its case with a commendable display, epic battery and a huge list of software features.