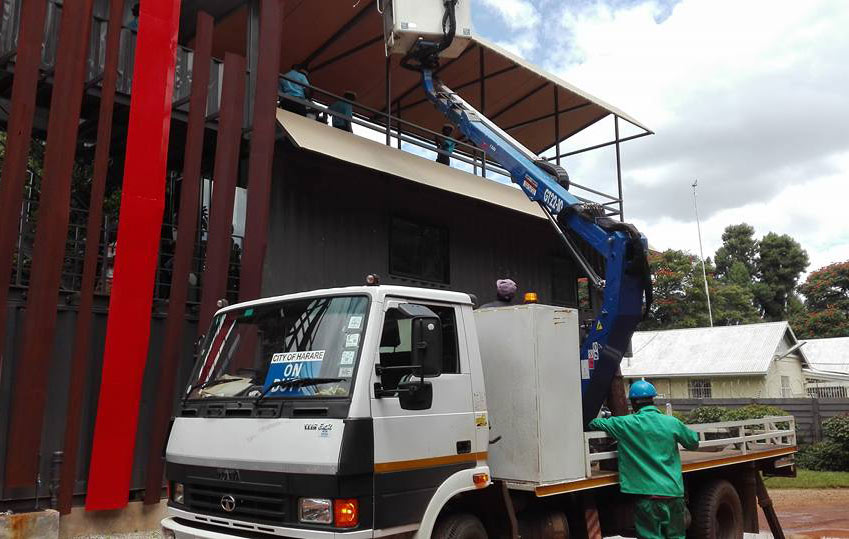 While Moto Republik hosted their open day on Thursday, and filed their court application, the City of Harare have come out issuing a statement in regards to the building plans that were approved and used to build the structure at the creative hub in Harare.

Their statement seems to insinuate that Moto Republik used clandestine means to get approval for the container structures, which are not permitted in residential areas (as is the case where the hub is located), but rather in “industrial and commercial zones”.

The City of Harare did not pitch up on Thursday, as per their initial communication, but from this statement, it looks like it’s not a matter of ‘if’, but ‘when’.

We’ll keep on following the events and keep you updated.

Below is the City of Harare’s statement in full:

Harare City Council is investigating circumstances which led to the pseudo-approval of building plans for Moto Republic – the creative hub located on number 3 Allan Wilson Avenue in Belgravia well after council had issued a demolition order compelling the building owners to stop construction work.

When the council order was issued no development permit had been issued and the building plans had not been approved by council. Construction work was also not supervised by the city’s building inspectorate. The structure does not comply with the city’s model building bylaws.

Moto Republic management avoided contacting senior management and chose to deal with lower level supervisors.
There are however issues that are not in dispute. The land use (Creative Hub – Arts) is permissible in the area on condition it does not infringe on the peace and rights of neighbours and or abutting properties.

Property owners around the Creative Hub have registered their displeasure with council over the structure which is disturbing the peace and quiet of the neighbourhood because of the huge numbers of people using the premises/road. People using the balcony are snooping on the privacy of the neighbouring properties.

There is not enough parking space at the premises.

Freight containers are only allowed for use in the industrial and commercial zones where they are used as storage facilities.

We have since invited the owners of the property for a discussion on the conditions which they should meet for council to regularise the structure.