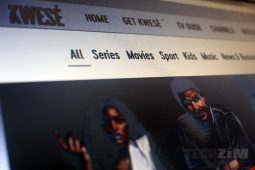 Africa’s newest pay-TV player, Econet Media, plans to spend about US $1.19 billion on content acquisition for its Kwese TV platform in the next 5 years, Techzim can exclusively reveal.

The information was contained in a document the company submitted to the Lesotho Communications Authority in an application for a TV license in that country.

The spend will be split between two categories of content – Sports and General Entertainment – almost equally. Sports content, which Kwese TV has heavily relied on so far to position itself as the alternative TV for young male Africans, will gobble up $592 million. General Entertainment on the other hand will take up $600 million over the next 5 years.

Kwese has already signed deals to acquire a significant amount of content this past year, mostly American sports, (NFL, NBA, and other sports through a deal with ESPN). It also recently won rights to broadcast the 2017-2018 FIFA games, alongside other African broadcasters DStv, StarTimes, SABC and CANAL+.

According to the document, aside from the content spend, Econet Media will pour out about $40 million on setting up the Kwese TV platform.

Said Econet in the application:

Capex spend in building out the platform will be in the region of $46 million over the first 5 years. The spend on content over the same period is forecast to top $1.1 billion, emphasizing the  importance of building a viable and compelling customer proposition through the acquisition of premium and exclusive general entertainment and sports content.

The budgeted capex spend in remaining years is for continuity of capacity over and above maintenance of existing plant.

Here’s the table of the planned expenditure:

Econet founder and chairman, Strive Masiyiwa, first announced the group’s entry into the African Pay TV market in December 2015, on his Facebook page. Since then the company has been on an aggressive content acquisition campaign securing deals with Viceland, ESPN, DreamWorks and FIFA amoung others.

So far Kwese TV is live in several African countries including Ghana, Zambia, Rwanda, Botswana, Kenya, Lesotho, Swaziland and Uganda. The company is firmly establishing itself as a serious contender in a market that is currently dominated by Naspers’ Multichoice whose DStv is the defacto pay TV service in most of Sub-Saharan Africa. DStv is however generally considered too expensive.

Despite being announced by the Econet founder as a service that would primarily be available on mobile devices, Kwese TV today is delivered mainly via direct to home (DTH) satellite. It is however also available via an app, and the company recently signed its first distribution deal with Kenya’s largest mobile operator, Safaricom.

The company has said that plans are underway to provide the service via fibre-optic cable and expand the Over The Top offering. Liquid Telecom, which is part of the Econet family of companies, owns, by far, Africa’s most expansive terrestrial fibre network.

It is clear that Kwese TV understands it’ll ultimately compete against global TV streaming companies like Netflix who are also now targeting the African market.