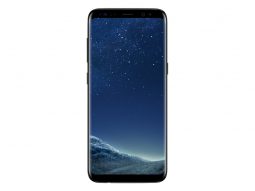 The Samsung Galaxy S8 and S8+, which became available for preorder in Zimbabwe last week, will be priced at $1,160 and $1,400 respectively.

The local prices of the Samsung’s 2017 flagship were revealed by Econet in an announcement of the availability of the phones. You shouldn’t expect the price to be any different with other retailers locally since they are all supplied by Samsung Zimbabwe, likely at the same price.

Customers buying either of the phones during this pre ordering phase will also get a Gear VR2, battery bank and a wireless charger. The Gear VR2 is worth at least $100 locally.

We checked around the pricing of the phone in other countries just for quick comparison. Ofcourse this doesn’t mean that it’s overpriced locally, since the phone is sold in Zimbabwe via official Samsung channels. Just means whatever inefficiencies are there in shipping the phone to Zimbabwe, push the price up quite significantly.

We have compared to prices in SA (not much difference), UK, US, India, and the home of Samsung, South Korea. We converted the local currency of each country to the USD using today’s bank rate.