So we usually get emails of people doing things out there, pitching ideas and all of that sort. And to be fair it’s usually the same sort of stuff we see everywhere. But once in awhile you find just that one person that just has an original take on things.

From the title you might have guessed it. The name of this fellow is Phillip Imbayarwo and he is a maker. Now for me personally what captivated me to write about him is we share the same idea of tinkering and experimenting.

However the most interesting part about this young lad is he never did sciences but that never limited him from trying to make something.

Take a curious mind that knows no borders and the creations that come out of it can simply be very much captivating. Yes this is me going on and on so let’s bring the story back to Phil here.

He approached us on WhatsApp with a number of pictures of stuff he made during his spare time. We thought wow this young man needs to be seen to be believed and we took an afternoon to meet him. These are the concepts he showed us made from everyday discarded materials. 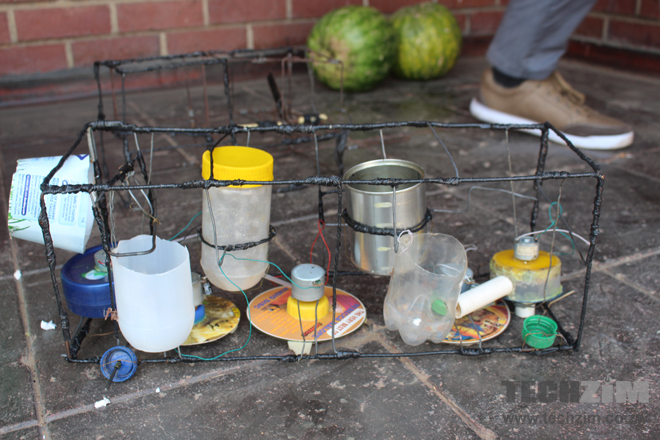 This one was pretty interesting. So it’s a 4 in 1 machine that has the purpose of sanitizing your floor. First off right a the front is a vacuum machine that sucks all the dirt from your floor (believe me it actually worked when he did a demo) and has an onboard container that collects the dirt. 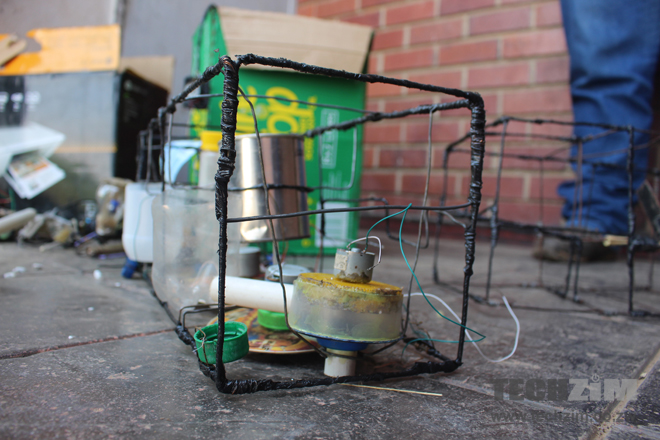 All this taken care of by one machine that you can drive around. 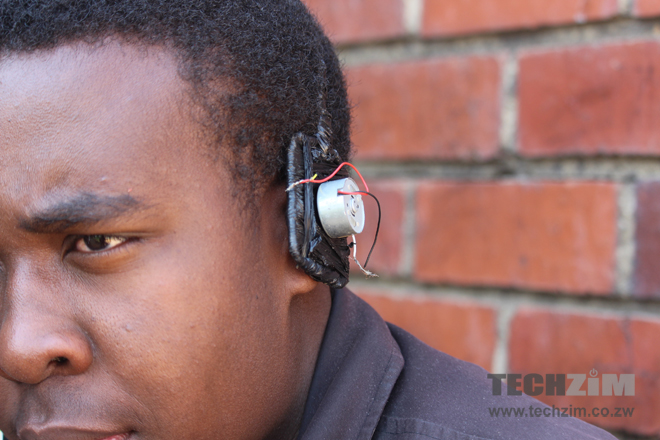 So he says this was actually a mistake…well all great inventions came from mistakes. So in the pursuit of trying to make a remote activated switch using motors, Phillip hooked up the motor to the loudspeaker of a cell phone.

He says he then called the device with another phone and when it rang, instead of the motor rotating to activate the switch, the motor vibrated in a rhythm that matched the ring tone of the phone. We all see where this is going right? 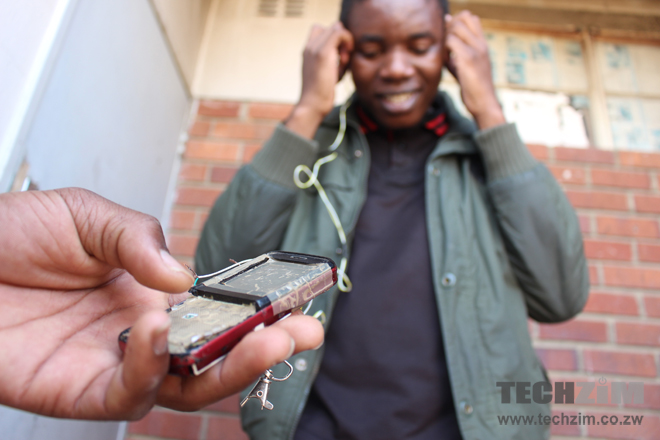 So he hooked up a pair of motors to a headband and the headphones were created. Sound was being generated by the motors acting as speakers. Personally this was my top favourite and I’m tempted to give a mini review. Bear with me I’m too weak to resist.

So if you have ever tried or heard of bone conduction headphones then the principle is roughly the same here. The motor vibrates to the audio that’s playing. Now in terms of sound the high end parts were pretty muffled but the mids and the lows especially the bass was impressive. 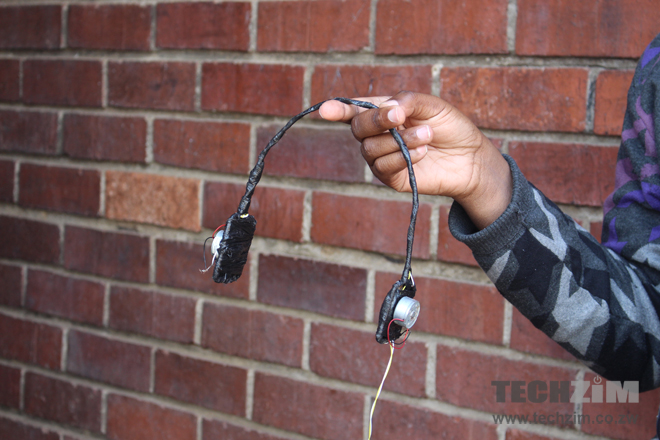 Overall volume levels were pretty low but it was super impressive that he managed to hook up a couple of motors to make a pair of headphones and the quality is pretty decent.

This man was clearly annoyed with chopping vegetables. He decided to design his own vegetable chopper. This prototype was still in its infancy so no live demos or my mini reviews here but the idea was fantastic to us because of its local take on things. 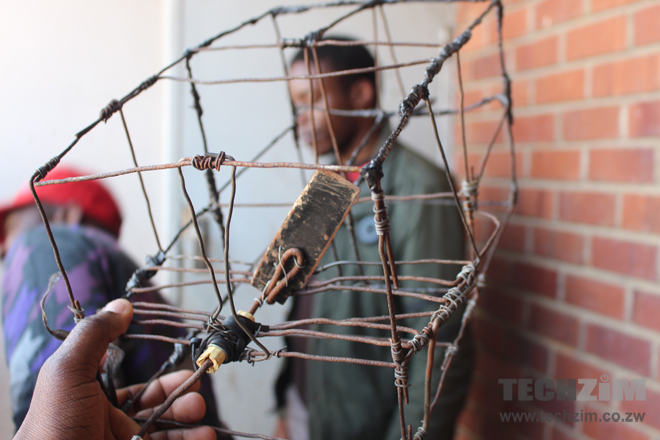 It had a feeding point at one end where he specified you can put in your carrots or even your rape and spinach and it will come out nicely chopped at the other end. (I would have loved if he specified the onion part too but I think it can pull it off)

Mind you the machine will be automated according to Phil, all you do is feed your veggies through one end and get back to that important WhatsApp chat…(I know I’m not alone) or better yet to get saved from those close shaves with the knife. 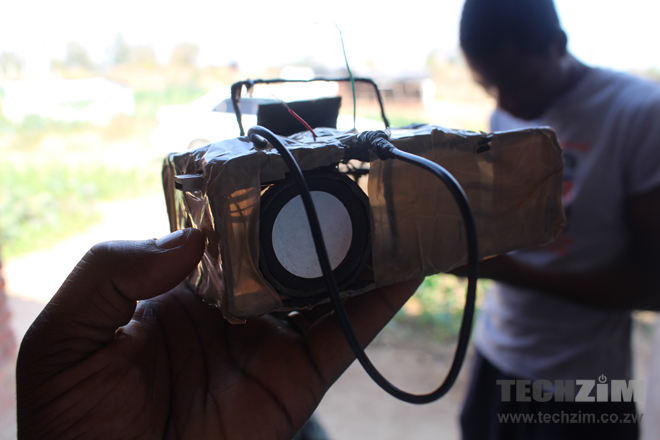 We are all familiar with docks right? That box with speakers that you place your phone and play music from it while it charges.

Now check out Phil’s version. Inside it has a beefy battery, a motherboard from another phone, a built in flash drive and an AUX cable and a USB port.

This one was my second favorite as well. Simply because of the following:

Let me elaborate on the last point there. So this dock has a built in flash that you can load stuff onto via what is known as USB On The Go (OTG). 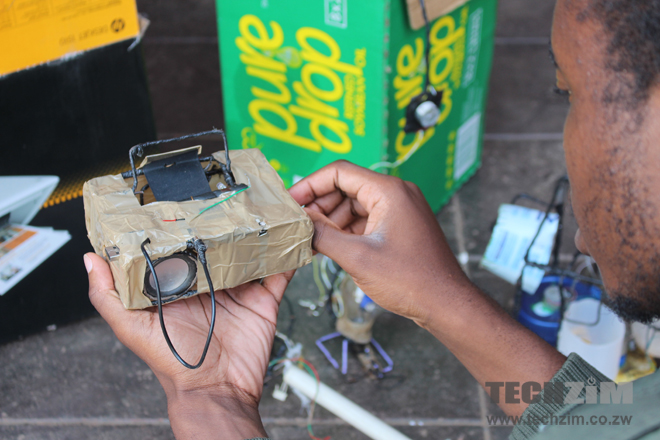 How you do it is you buy the OTG cable which is between 2 and 5 bucks. It allows you to connect a flash directly to your phone and treat it as if it’s your memory card.

So you can load the dock with content using your phone and keep your device storage free. A feature that I haven’t bumped into in the docks I have come across.

So Phil threw on his creative hat when he was form 4 kicking things off with creating pressurized gas from a combination of lemon juice, salt, soda and vinegar.

Those of you that did chemistry will get the reaction here which is between a carbonate and an acid to produce carbon dioxide gas which is the pressurized gas he is referring to.

The mixture was mixed up in a crumpled up plastic bottle that then reinflated to its original form as a result of the pressurized gas.

From that moment on he went on to make a barrage of interesting gadgets including the ones mentioned above and all this while he was doing Commercials at A Level which he completed last year.

For his tinkering he has been using free wifi hotspots to research and get the technical background to perform his experiments and he mentions that school-type sciences were not really his thing, but rather his own take on science was one he completely related to.

Self taught he has managed to pull off 2 products that are actually fully operational (the headphones and the phone stand) and all from discarded materials. A true testament of how being resourceful is all you need to make a name for yourself.

I was pretty darn inspired by this lad. Maybe its because me and him share a passion for tinkering. I just hope he has inspired you too.

12 thoughts on “School-type sciences were not for Phillip, the unconventional maker”