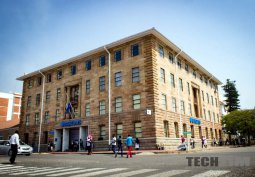 While parsing the latest Monetary Policy statement from the RBZ something caught my eye: hidden beneath the exciting announcement that the RBZ has finally found Jesus and accepts bond notes, RTGS and USD are not equal peers, was the announcement of a local settlement platform.

This was announced a few weeks ago

A few weeks ago towards the end of January, 28 January to be exact, in a circular from the RBZ where they were inviting banks to send test transactions to the system.

We advise that the RTGS platform has been upgraded to include the United States Dollar (USD) to facilitate settlement of USD Nostro FCA transactions. The function is now available in the test environment for testing by participating institutions.

All participants are urged to send test messages end to end and ensure a full cycle of the transaction is completed. Results of the test should be logged immediately on the attached user acceptance testing form and submitted to the Reserve Bank on a daily basis until Friday,01 February 2019.

It is expected that the settlement of USD transactions will commence soon thereafter in the live environment.

It seems the tests were successful

It would certainly appear these tests were successful as the RBZ has now announced, in the Monetary Statement that the local Nosto settlement system will go live next week on Monday:

Given the successful completion of the separation of RTGS FCAs and Nostro FCAs, the Bank[RBZ] is, with effect from 25th February 2019, putting in place a local Nostro FCAs settlement platform to allow for domestic inter-bank settlement of Nostro FCA transfers.

Right now Nostro FCAs suffer from restricted mobility. Each bank has its own Nostro accounts for various currencies with USD being the dominant one. Each bank has different rules regarding what you can or cannot do using these accounts. The only way to move funds is via wire transfers which are prohibitively expensive and require third-party banks to complete the transaction.

The truth is that prior to separation of RTGS and Nostro USD accounts there was really no need to create a local settlement platform as the two were deemed par so the usual RTGS transfer was adequate. Separation of the two was a tacit admission that the Nostro and RTGS balance were not equal but Nostro funds were really not very mobile because there was no system to move them.

The introduction of interbank currency trading means that such a system was sorely needed and the RBZ has announced it just in time.