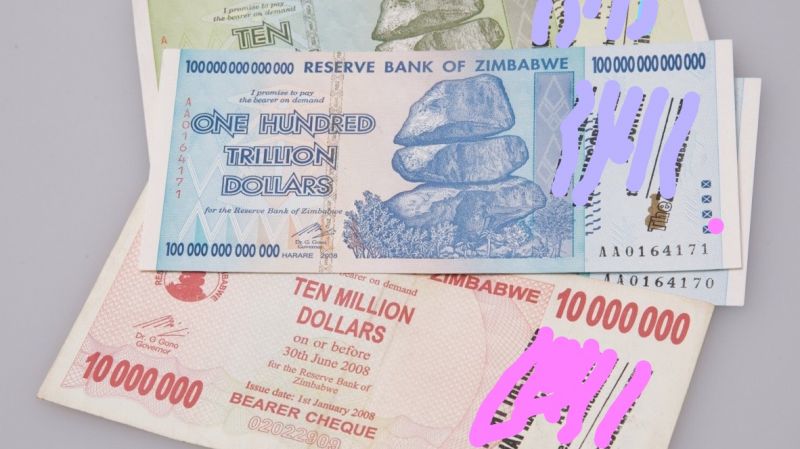 This last Friday I found myself in South Africa and is wont to happen I struck a conversion with one of the Zimbabwean expats who live there. Naturally, these talks tend to quickly veer to politics and the economic situation back home.

You cannot touch it!

“We heard you have new money,” the lady inquired, ” what is it called?”. Well, I told her it was called an RTGS $ and in return, I got the confused look that my grandmother had when I told her the same thing. Frankly whoever came up with the name really needs to donate their brains to science.

Next, she wanted to touch see what the notes looked like or if they had yet issued them all. Cheekily I pulled out a 5 bond note and showed it to her. Upon which she blurted out: But it says bond note, not RTGS. Yeah, go figure. I, however, carefully explained to her that bond notes where actually a manifestation of the RTGS $. I am not sure I convinced her but I had to politely excuse myself and go about my business.

After the  RBZ was finally forced to admit that locally issued currency was not equal to real USDs they still made a terrible mistake. They lumped together what are three unequal currencies and called them all RTGS $. My colleague has already done a good job of explaining Zimbabwe’s money situation.

In short RTGS $ are made up of three currencies:

The problem with the RTGS $ solution is that it assumes that the money is much like the biblical trinity where we have three equal but distinct parts. The truth though is that of the three:

Given this, the truth is that we still have a currency problem in Zimbabwe until these inequalities are resolved. The last Monetary Policy skirted the issue of the cash crisis and yet valuable productive time is being wasted with people standing in lines trying to get cash from banks. Solving this liquidity problem will see balance restored among the three.

What is the government going to do about that?