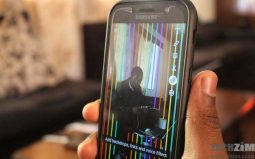 Snapchat recently held their Partner Summit and they announced that they would be making games available within the Snapchat application. Along with games there will be other non-game related additions coming to the social media platform.

Snap games will be multiplayer titles you can play with your Snapchat friends and there will be 6 games to play initially:

Now I’m not really a big fan of Snapchat but these additions seem pretty interesting and Bitmoji Party, in particular, seems quite competitive and I think friend circles who use Snap will play some of these titles together.

Like IGTV, Snapchat is bringing portrait mode shows to their applications. The big difference is that Snapchat Originals will be exclusive to Snapchat and the company has already 10 shows and they are expected to announce more in the future.

This feature seems similar to IGTV and it will be interesting to see if the shows themselves end up being hugely different from the content put up on IGTV.

It doesn’t seem like these features are available on the Android version of Snap yet. The only new feature I could come across on my version of Snap was call functionality. Maybe the features will roll out to users periodically or by region.