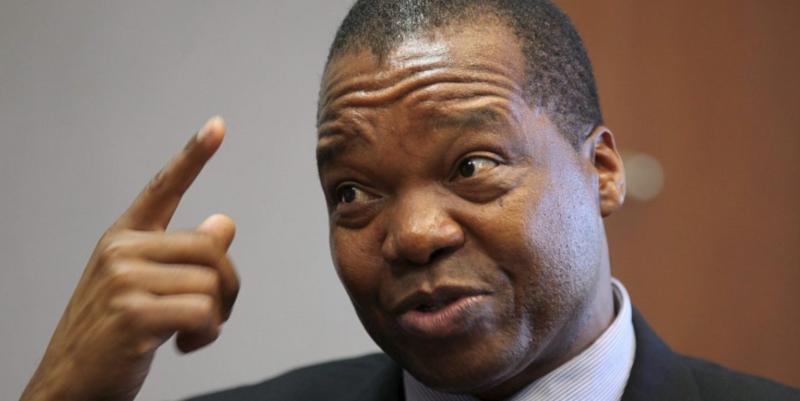 Zimbabwe’s central bank has made it hard for me to write of them in any positive light in a very long time. In recent weeks they have issued unilateral decisions that limit how we can use our own money.

RBZ forbids you from buying a TV

The central bank is so fixated on imposing limits on how much can be transected that it is now near ridiculous. The monthly limit for mobile money transactions (which constitutes 80% plus of consumer payments) is ZW$10,000-ZW$250,000 depending on some conditions like whether or not your mobile wallet is linked to a bank account.

Monthly limit for ZIPIT (another popular consumer payments channel) is now arbitrarily ZW$100,000 (USD4,000 according to an imposed official rate or less than USD1,500 according to a truer market determined rate that they call the parallel market).

Browsing around for TV sets to buy shows you that there are some options you cannot buy because you will instantly exceed your monthly limit. If you go for a cheaper option that falls within the monthly limit, it’s still a problem because it will chew up most of that monthly limit such that if you have to pay an emergency medical bill tomorrow you may not be able to.

The problem is even more complex. EcoCash is forced to impose limits on how much you can transact in a day. If you are not linked to a bank account your limit is ZW$5,000 (less than USD70). So, no you can’t buy a TV but hey a TV is not that important- how about essential medicines particularly in emergency situations? It’s a fitting hyperbole that the RBZ is a threat to your life.

These ridiculous limits and hoops are not limited to consumers but they have been extended to businesses as well. The so called ‘ease of doing business’ reforms have been shoved to the side and it’s now getting harder to do business. Transaction limits are just being imposed without care for the impact they have on the day to day operations of business. The smaller your business is, the worse your fate is due to the central bank measures.

A few days ago the Financial Intelligence Unit of the central bank told banks that companies and individuals are now allowed only two internal transfer transactions in a day. We don’t know what’s special about the number 2, all we know is that it is very limiting especially to a business.

Why so many limits?

You can’t cheat the market

I have discussed countless times before how the problem of the acute devaluation of local currency on the parallel market is an expression of the lack of trust Zimbabweans have in the government and central bank and any currency they issue. How about the very existence of the parallel market itself?

The Reserve Bank governor himself acknowledged that every country has a parallel market of sorts. In Zimbabwe though, the parallel market is not ‘of sorts,’ it is ‘the market.‘ This is because the government likes playing pretense and in the process rob the nation blind.

Ask any economist and they will tell you that an unstable exchange rate is a mere symptom of a rotting economy and a lack of trust. Instead of letting this symptom show, the powers that be would rather mask it. Every step towards liberalising the exchange rate and currency trading to let the market officially determine the rate has been followed by 10 steps backwards.

Last year, the central bank announced the re-introduction of the interbank foreign currency market which would then influence the exchange rate. The market was not fully liberal but still the local currency kept deteriorating in value against other currencies on the interbank market.

After promising that the interbank market would be made more liberal and not be interfered with by themselves, the monetary authorities then announced on the 26th of March that the official exchange rate between the USD and local currency would be 1:25 until further notice. This, they said was necessary in the fight against the COVID 19 pandemic! Catch the logic? Of course you can’t.

If the RBZ continues on this path, they will accelerate the eventual rejection of the local currency. This happened in Zimbabwe before. After slashing zeros countless times to make numbers relatable, the RBZ introduced a 10 trillion and 100 trillion Zimbabwean dollar note in 2008. The market immediately rejected those notes. Without seeking anyone’s approval or opinion, Zimbabweans just decided that those notes were not acceptable tender even though they had been issued as legal tender.

I was almost beat up for attempting to pay my transport fare (in an open truck) using the 10 trillion dollar note. This is a very true story which involved me being manhandled in a moving open truck and jumping off the moving truck. That’s how much the market rejected that currency.

As Mangudya and his boys and his superiors continue to limit how we can use the local currency, they are accelerating the deterioration of the value and eventually its total rejection by the market. It’s simple economics.

If the money you want to use to pay for my services will give me trouble when I want to spend it, you will have to pay more for my trouble. If the trouble gets to be too much, it will not be worth it for me to exchange my services for it and I will simply tell you to go and come back kana waane mari inotenga (when you have money that can buy).

I have lost hope that we will not reach those levels again. The government is committed to repeat the recent past

It’s hard to face reality but I have to add on my experience with the official market. On the 5th of June 2020, I visited a retail shop at Eastgate, they had a rate of 65 written in black and white. I later witnessed individuals paying for their goods in USD in two other shops (1 wholesaler and an Agro giant). On first instance the lady was told that the rate was at 72 and in another shop it was 70. All these three shops are big reputable organizations. It just shows that organizations and individuals are after the hard currency and in order to do so they let the market forces to do the work.

Hi Hapana Choozikanwa
Technology doesn’t happen in isolation. We can’t fool ourselves into thinking we cover technology whilst ignoring the macro environment in which it exists so yes we will continue covering the economy, education etc. In this particular instance, we are talking about ‘payments,’ one of the crucial technology infrastructure pieces. We will continue talking about this all too important subject from every conceivable angle.

You expressed that you did not understand my article. That’s an indictment on me and I am sorry I didn’t write as clearly as was needed. Is my article biased? Yes it is! Techzim has never claimed to be objective because such claims are more deceiving than subjectivity. We deliberately put out our opinion so you can engage with it and form your own opinion and hopefully get to debate with us and others. If we go through the motions of ‘being objective’ then we force you to accept something that may not be true as if it were.

Hapana chatinoziva? That cannot possibly be true because munhu wese ane chaanoziva. However, is it possible that we don’t know enough about economics or any other subject? Oh yes it is, in fact we know we don’t know enough. That’s why we put out what we think we know in the hope that it will stimulate a conversation that leaves us smarter than we were before writing

Hapana Chozikana jus like you called yourself. Ignorance will get you killed. Tech Zim has has given you an insight of our future but you chose to ignore it. Well time will tell.

These guys are corrupt ,there is no justification for keeping the fixed rate @25 ,am sure they are the only beneficiaries of this.Let’s see what happens by year end ,for me this guy Mangunda is the worst RBZ governor the country has ever had.

I find it extremely difficult to be limited to two transactions per day; I usually pay all my employer’s bills on a set day of the month, including wages, now I will be having to spread all these payments over a week – six staff wages which should be paid on a specific date – it is going to make life extremely difficult for the average company. I fail to understand what RBZ is trying to achieve!

It really hurts how business is punished for trying to do right by employees and to contribute under very difficult circumstances. We still have to fight and hack our way through very basic problems that are already solved

I think most businesses will start to demand Cash, yes in Us$ of course for ease of business without restrictions

my wages bill through ecopayroll for my entire staff has been frozen.l have no recourse,until someone someday decides there is nothing untoward in this transaction.by then the value will be heavily eroded.