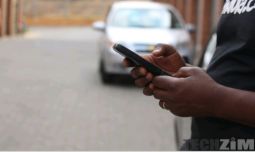 Hwindi which was popularly known as one of the 2 ride-hailing service providers alongside Vaya is expanding to offer a lot more to their users.

Before the most recent update, Hwindi was offering users the ability to (i) order a taxi online and (ii) deliver parcels using Hwindi’s driver network. Building on this Hwindi will now offer a lot more services including the following;

The saving grace I see for Hwindi here, is the fact that they already have over 10k downloads on the Google Play Store and the people who use the app for ride-hailing will now also interface with these service providers.

Is that enough to actually make Hwindi as a super app viable? I’m not entirely sure, but it gets them off to a better start than Sasai – who become Hwindi’s direct competition in the local Super app space.

One of my colleagues who I was discussing the move with feels Hwindi might have been better served adding one niche initially, “maybe food delivery first”. Then building on that as time goes on. Regardless, Hwindi’s bold move will serve well a case study later on – hopefully the case study will reflect on how they successfully built a super app in an African market – a rainbow unicorn thus far.