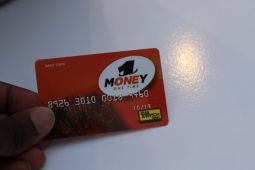 Many people were wondering if OneMoney and Telecash would all be subjected to the same regulations that were recently put into effect by EcoCash. Well, OneMoney is the second mobile money operator to effect the ZW$5000/daily transaction limit.

NetOne subscribers received the message below this morning;

A lot of people assumed that the new regulation applied to EcoCash exclusively but that doesn’t make sense. The issue the RBZ is trying to solve is that of illegal foreign currency trade. If regulation only affected EcoCash, money changers would simply flock to the less regulated platform.

RBZs regulation plainly stated that ALL mobile money providers would have to adhere to the new regulatory position. Targeting EcoCash in isolation would also give EcoCash a foot to stand on in a court of law against the regulator.

It’s unclear at the moment, if Telecel has already effected a similar limit on their platform.