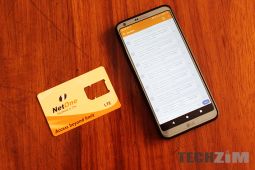 A few weeks we wrote about NetOne suspending customers who were believed to be using hacks to access mobile data at no cost. Some subscribers were using DroidVPN to create VPNs that allowed them to browse for free.

NetOne figured this out and started banning subscribers with usage patterns that were being flagged as suspicious. The ban only restricted data usage with the rest of the network features accessible.

Conman are known for having a knack for finding opportunity and that’s what is happening now. Some scammers are sending messages to subscribers they know to have used this hack pretending to be NetOne. These messages present the subscriber/victim with a bill for their free data usage.

It’s not an official communication. NetOne sends those via SMS

So if you do receive such a message then it’s most probably a hoax/joke or worse someone actually trying to steal your money.