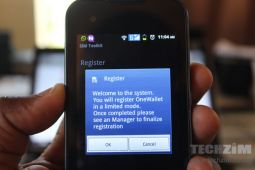 Taking a look at the mobile money operators individually:

The gains that OneMoney made aside, the overall subscriptions across all service providers dipped. The figures that were recorded for Q2 are an early signal into what may lie ahead.

The downward trend for mobile money subscriptions could continue

There are three elements to this and two of them have everything to do with the regulatory measures that the RBZ placed on mobile money in the Monetary Policy Statement.

The first is the new rule that each individual can only have one mobile money wallet. There were a number of people who had multiple EcoCash wallets. With this measure, EcoCash was put in the position of telling its subscribers to choose one wallet and the other would be deactivated. When the figures come for the rest of 2020 come in there will be a decline in the number of mobile money subscriptions.

The second reason why there could be a decline in mobile money subscribers concerns the ZWL$5000 a day limit. We can all agree that with the escalating cost of living in Zimbabwe this limit is ridiculous. The limit makes EcoCash useless in a transaction like buying a month’s supply of basic household goods. Worse still it leaves those who are unbanked and relied on EcoCash in the lurch.

This limit has led to banks gaining more power. Full KYC bank accounts are not under by the same restrictions that mobile money wallets or KYC lite accounts are. FBC either through realising that banking services should be more accessible or seeing where the payments space is going has launched a platform to open a full account over USSD or the FBC Bank app. If the service that FBC is offering becomes an industry standard then mobile money subscriptions will continue to tumble.

We can’t forget about ZIPIT Smart

Zipit smart is a really big deal because it solves the problems that merchants and the public are facing. The biggest hurdle for merchants is the affordability of POS Machines. These machines are very expensive (even the “cheaper” ones) and not every business can afford to purchase one. Zipit smart solves this problem by making a cellular phone a POS Machine of sorts. Merchants will receive a merchant code similar to ones offered by EcoCash. This means customers won’t have to fill out a lengthy account number.

Customers will benefit by having no limits because Zipit Smart uses the funds in your bank account.

The adoption of Zipit Smart is the only part of the story that is yet to be told. But if more banks make it easier to open accounts, as FBC has, then this service looks very promising.

If Zipit Smart is successful then the reliance on mobile money platforms like EcoCash will wane. This will mean that the number of mobile money subscriptions will continue to fall.