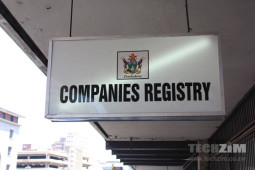 Back in 2019, the government was in the process of establishing a new law to govern companies. This piece of legislation was going to replace the Company’s Act. One of the requirements of the new law was that all registered companies would have to re-register when the law took effect.

The window for the re-registration period was 12 months from when the bill was passed into law. The Companies and Other Business Entities Act [24:31] passed in the first quarter of this year which gave companies up until March 2021 to re-register.

So why are they asking registered companies to re-register?

The major driving force behind this the e-government initiative. The govt is trying to improve the ease of doing business by replacing the manual registration with an electronic system. The new system also helps weed out businesses that are no longer active but still appear on the company registry.

The process is not going all too well…

As to be expected with anything that involves the government and a deadline there have been some issues. The first is congestion, with the deadline months away (which isn’t that much time) there has been a rush by business owners to get the process over and done with.

The lack of resources highlights poor planning on the part of the government. They should have had the provisions in place to meet the demand that the Registrar of Companies was going to face. But as mentioned before there is nothing that involves any government that has a deadline that isn’t riddled with problems.