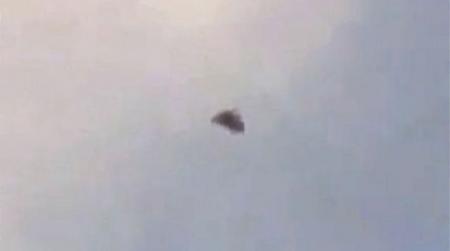 An Unidentified Flying Object (UFO) was spotted in Chipinge on Friday night according to a report by The Herald. Residents in the area told The Manica Post that the UFO moved downwards quickly, exploded throwing sparks or flames, and then landing.

“I heard the thundering sound at 8.45 pm last night. I could not tell the direction. I think the sound lasted about 45 seconds. I stay at Chipinge Safari Area,”

Another said they saw the UFO moving eastwards. They also said that it sounded like thunder but there wasn’t a cloud in the sky.

UFO or it’s something else

I’ll admit that I am a believer in extraterrestrial life be it super advance enough to have mastered intergalactic travel or very primal. However, cases like these are most often not aliens or should be given the term unidentified flying object (UFO). This isn’t to say that the people who saw this phenomenon assert that it was aliens. But the term UFO has become synonymous with life from other planets

So what could it have been?

Another admission, I am not an authority on this but there are reasonable explanations for events like these. From the accounts reported to The Manica Post, this could have been a meteor.

“Occasionally when a meteorite is witnessed to find its way to Earth, it will present a very impressive visual show as it burns through the atmosphere. Even less common though, are the occasions when witnesses are able to actually hear audible sounds associated with the falling meteor. These have been described in many various ways such as whistling, popping, booming, thunderous, whizzing, whirring, crackling, drumming, rumbling, humming, roaring and more”

Since there are no pictures of something resembling an impact site then it stands to reason that it may have been a small object (meteoroid) or it completely burned upon entry.

The meteor angle might be the one because there were other events around the world that were described in a similar fashion to the UFO spotted in Chipinge. On Saturday, a meteor streaked over Cuba causing an explosion that registered on instruments from Cuba’s National Seismological Service. And a sonic boom in Dorset, Somerset, Devon and Jersey (England) was caused by an extremely rare day time fireball meteor.

6 thoughts on “UFO spotted in Chipinge, alien overlords or something else?”