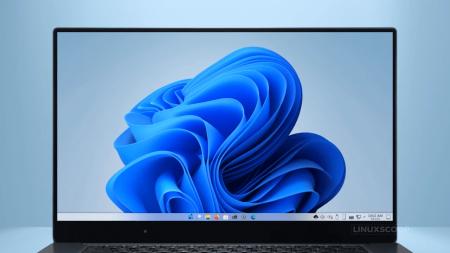 Although my laptop is more than capable of running Windows 11 that is never going to happen. While Windows 11 is no doubt an awesome operating system with stunning visuals and very impressive under the hood improvements I stopped dual-booting many years ago. That was after discovering that the only time I was booting into Windows was to install updates.

But this weekend I did something Windows related. A friend of mine who is a gamer challenged me. I am always telling people about the malleability of Linux and how you can make it look like anything including Windows 11. He wanted me to make my Desktop, yes running Ubuntu if you haven’t already guessed, look like Windows 11. So I went to work and the results surprised both of us. You can indeed make Ubuntu look like Windows 11.

I am a terrible designer and most of my work is based on the guidelines provided by the folks at Linux Scoop. Research shows that you can indeed turn the popular GNOME desktop that comes installed by default in Ubuntu and make it look like Windows 11 but it takes too much effort and honestly without handholding I don’t know how to accomplish it. Windows 11 comes with a glassy feel that resembles the KDE desktop so this guide counts on you using that one.

So the first thing you need to do is get Ubuntu with a KDE desktop and there are three ways to do it:

I would strongly recommend method three. Despite it being known as KDE Neon. This is actually Ubuntu 20.04 LTS and it comes without tweaks that could trip you if you try to follow the guide provided in the video above.

To complete the process you need to follow the steps outlined in the provided video. To get going you need to install and open Firefox if it’s not already installed. Right-click on the video above, copy its URL and open it in a new Firefox window. Press Windows Key plus Right or Left arrow to snap the Window to one corner. This will allow you to easily follow the instructions.

If you carefully do this you should be rewarded with a desktop that looks eerily a lot like the actual Windows 11 desktop. It was so uncanny even I was surprised when I compared them side by side with the real thing on my friend’s laptop. Installing the Edge browser will complete the experience but remember, the resemblance is no more than skin deep.

Linux and Windows are founded on very different philosophies. You cannot for example expect to install Windows software onto Ubuntu just because they now look the same. However, these days most stuff happens in the cloud. If you are a company that works a lot using browsers you can have this Windows 11 like setup for your employees without having to fork out money for Windows and no one would be the wiser until they started poking around.