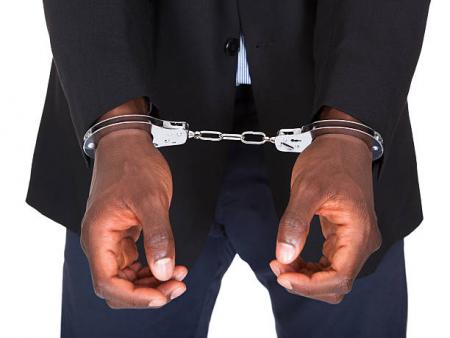 Over the past two or so decades Zimbabwe has consistently ranked low when it comes to corruption, ease of doing business and corporate governance issues. The government and the organisation tasked with reversing this trend the Zimbabwe Anti Corruption Commission (ZACC) have often been blamed by the wider public for failing to tackle this issue.

This criticism is especially apparent on social media platforms such as Facebook and Twitter. People have criticised ZACC and the government of running a so-called catch and release program. Most of the cases overseen by ZACC have taken an all too familiar cycle of events. First, a high-ranking government official is accused of the crime of corruption often involving millions or more in US dollars, the official is quickly arrested and vilified in state media. This is known as the catch part.

They are then taken into custody but are quickly/eventually granted bail with the state prosecutor’s acquiescing or offering anaemic protests. The bail terms are often generous and downright magnanimous in some cases. This is known as the release part. Eventually, the case starts getting postponed, prosecutors appear reluctant to pursue the case with fervour. Ultimately the whole thing fizzles and just dies. In re is the Mupfumira case.

ZACC defends itself on social media

In response to widespread criticism, ZACC has started to defend itself firmly on social media. They have started to push back aggressively against the “toothless bulldog” label. Instead, they seem to be throwing the blame at prosecutors who handle the cases after dockets have been prepared. Below is the latest such Tweet.

1/ The mandate of ZACC is to investigate reports of suspected corruption and submit the dockets to the National Prosecution Authority whose constitutional mandate is to prosecute these cases. ZACC DOES NOT prosecute.

Conviction or acquittal of suspects is a decision made by the courts not ZACC. So far this year ZACC has submitted nearly 100 dockets to the NPA for prosecution.

The Commission is therefore fulfilling its constitutional mandate

Technically ZACC is right. Their mandate is not to be the police, judge, juror and executioner. Their mandate is to receive reports of alleged corruption, investigate and where possible arrest those who look like they are guilty of corruption. They then hand over these dockets to the prosecuting authorities whose job is to secure a conviction. It is the job of prosecutors of securing a conviction before.

The truth though is much more nuanced. The fact that ZACC says they have handed nearly a 100 dockets to the NPA but there have been no ground-shaking convictions is rather disappointing. It can only mean one of three things:

The truth is that whoever is to blame needs to do better. For as long as corruption abounds in Zimbabwe we, the entire population as a collective, will continue to pay the price.

4 thoughts on “In a series of tweets, ZACC tries to distance itself from “catch and release””