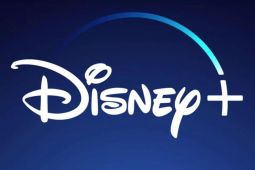 People were a bit upset when it was revealed that the last Fox channel, which is owned by Disney, was going to be leaving DStv at the end of this coming month. There was speculation that this was a very strategic move from Disney who had just announced that they will be bringing their streaming platform Disney+ to South Africa next year. Now Disney has all but confirmed this is true.

Walt Disney Company Africa has revealed that it’s not just their vanilla Disney+ streaming platform that they intend to launch during our Southern Hemisphere winter next year. They will be including their adult-focused hub known as Disney+ Star too.

Most people, especially Millenials, make the mistake of thinking of Disney in terms of cartoons. They see the network as the home to Mickey Mouse and little else. The truth is Disney is bigger than that. Most of the time, as adults we consume their content without even realising it. For example, as already mentioned, they own the Fox brand which has produced various hit adult-focused shows including 24.

The thing is Disney is more than just cartoons. They have made shows like Blackish, Alias, Bones, Grey’s Anatomy, Prison Break, the hit classic The X-files and scores of movies. Who doesn’t know about the Ryan Renolds franchise Deadpool? Disney+ Star will also probably include shows like the Walking Dead whose broadcast will be interrupted by the going away of the Fox Channel from DStv.

So it would seem that removing the Fox channel will deprive people of some of the Disney content they love. This, Disney probably hopes, will create a thirst they will be able to quench in the form of Disney+ Star next year. They are probably banking on the fact that the absence of these shows will create longing and curiosity that will translate into sign ups when the time comes.

Disney+ Star hub was originally launched in the UK where it has proven to be a success. Pricing probably has something to do with that too. Without the Star hub, Disney+ goes for a very reasonable £5.99 that is about US$8.25. With the Star hub, UK viewers pay a total of £7.99 US$11 which is less than the standard cost of Netflix.

Disney has already confirmed that all the shows that were being aired on its Fox channel that’s being pulled from DStv will be coming to Disney+ Star when it launches.