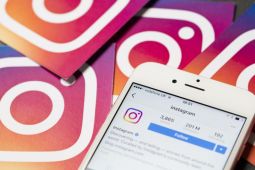 After facing backlash from a Wall Street Journal report that exposed the effect of Instagram’s effect on the mental health of teens, Facebook has released two slide decks from its internal research on the matter on its blog.

The information drop was also done ahead of Facebook’s Global Head of Safety, Antigone Davis’ appearance in front of the U.S. Senate’s Commerce Committee today to testify on the subject.

The slides are heavily explained and it appears this is Facebook’s way of trying to bring context into its findings.

To putting specific findings in context, it is also critical to make the nature of this research clear. This research, some of which relied on input from only 40 teens, was designed to inform internal conversations about teens’ most negative perceptions of Instagram. It did not measure causal relationships between Instagram and real-world issues.

However, even at a glance, it’s hard to argue with the interpretation provided by the Wall Street Journal. If anything the slides widen the picture of the effect Instagram has on teen and their mental health. As much as 20% (one in five) of teens responded to Facebook’s research saying it made them feel worse about themselves, with UK girls being the worst affected.

The issue was much the same for teen boys with Facebook’s research finding that Instagram exacerbated anxiety in 15% of the respondents and 14% said the platform led to sleep issues.

There have been calls to further regulate Facebook and its family of apps by lawmakers. It will be interesting to see what changes come from this after Facebook’s Senate hearing is done. It’s clear that Facebook/Instagram has to do something about the mental health problem on its platform.