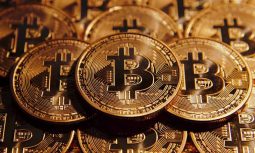 The conversation around cryptocurrencies is an interesting one. On the one hand, proponents will tell you crypto is the future, citing countries like El Salvador adopting bitcoin as legal tender as proof that it’s only a matter of time. Critics think cryptos are pyramid schemes where early adopters and miners are looking for pansies to unload their worthless coins onto. Reality might be in the middle.

Critics love to point out that the higher anonymity cryptos can provide users attracts criminals. Criminals who want to accept funding for their illicit wares and criminals who want to defraud other crypto users, especially those who rely on exchange provided wallets. They know that there is no central organisation with which to demand transaction reversals. Essentially making it hard to recover any stolen funds.

Zimbabweans who have lost their life savings to bank closures will tell you that whenever some other organisation safekeeps your money, you are never ‘safe’. Cash or cold (offline) wallets in the crypto world will be your best hedge against theft.

Of course armed robbers can relieve you of your cash and the cold wallet option is laborious and is responsible for many users forgetting/misplacing keys to cryptos worth hundreds of millions of dollars. So, choose your poison I guess, but just know there will be poison either way.

Back in August 2016, a hacker stole some bitcoin from the Bitfinex crypto exchange. It was a huge story as the bitcoin were worth about US$71 million. You might be thinking; aren’t the coins traceable, can we not consult the unchangeable ledger of transactions which records every coin movement? Yes to both.

Cryptocurrencies indeed are traceable.The world saw where the stolen coins had gone and every subsequent movement thereafter but no one knew who owned the wallets. That might appear to be a win for thieves but in practice, it’s not as easy to spend that stolen crypto or worse still to convert it to fiat currencies like the USD.

What happened with our stolen bitcoin was, since it’s not possible to just force a reversal, all exchanges just blacklisted those bitcoins. And in any case, crypto exchanges do have anti money laundering structures. Meaning even if the stolen crypto couldn’t be traced, an exchange would grill any user who tried to dump that many bitcoin at once.

So, the thief needed to be a master money launderer, à la Marty from Ozarks, to enjoy the fruits of their ‘labour’. This would prove to be no easy task as the bitcoin is now worth US$4.5 billion. You can just imagine how hard it is to clean billions of dollars knowing that you have no easy access to traders that you may offload the billions to.

The thief is caught?

It was only recently, in February 2022, that some people involved in the heist of 2016 were caught. A married couple from the USA were charged with trying to launder the stolen bitcoin. There is no case to prove that they are the ones who hacked Bitfinex, however their crime is trying to launder the proceeds of the hack.

Like we touched on, turns out even the ‘anonymous’ cryptos are hard to launder. In about 5 years, the laundering couple was able to launder only about 20% of the stolen bitcoin.

The couple tried shuffling the funds around to conceal the path of the bitcoin. They split the bitcoin into tiny fragments, remember one bitcoin can be split into almost infinite small pieces. Then they used the small fragments to exchange for other cryptos and also to buy stuff like gift cards, gold and even NFTs.

As of August 2021, about 80% of those stolen bitcoin still sat in the wallet they were transferred to initially. The launderers then decided to move about $760 million worth of the idle coins.

Again, they split the bitcoin into many pieces and then used “a series of small, complex transactions across multiple accounts and platforms” to move the bitcoin. The final destination of all these movements was one wallet which turned out to be in the name of the husband of the aforementioned couple.

The charges are that he conspired with his wife to launder that money and links have been made between the stolen crypto and crypto exchange wallets in the couple’s names.

So after the authorities recovered the stolen bitcoin, it turns out only 4% of the loot was successfully laundered.

The couple, Ilya Lichtenstein and Heather Morgan have become legends. There is the bit about trying to launder billions of dollars and then there is the colourful half of the couple.

Lichtenstein is a Russian-American citizen who calls himself a tech entrepreneur. He posts about cryptocurrencies and NFTs on his social media and that’s about all that’s interesting about him.

His wife though, Morgan, is the one who caught people’s fancies. She used to contribute to Forbes and even has an article on tips to protect businesses from cybercriminals. How ironic that she turned out to be the cybercriminal. A company she incorporated years back was involved in a money laundering scheme.

She is also an amateur rapper, although not a good one. She has weird videos to her weird rhymes, you just couldn’t write an odder character.

Some time back, she gave a seminar about how to social engineer your way into anything and her methods are downright ugly. She herself learnt about six languages and so can fit in pretty much anywhere, making social engineering a breeze for her even as she boasted about some of the exclusive places she has infiltrated using her methods.

The lesson in all this: marry someone you can do everything with. If you end up facing 20-25 years in prison for your fun like Lichtenstein and Morgan are, then you know you face it together. None of this business of waiting for someone.

Crypto is not quite the wild wild west

The way critics of cryptos sound, you’d think it was a free-for-all for criminals using cryptocurrencies. But we have seen how in practice, if cryptos are blacklisted, the open ledger works against criminals.

There are actors who work against the system though. Some crypto exchanges in China, Russia and Eastern Europe would have gladly accepted the stolen bitcoin. The infamous North Korean hackers are known to cash out their stolen cryptos in China. Because yes, crypto exchanges are hacked quite often.

The prudent crypto enthusiast therefore does not keep his stash in an exchange provided wallet.

If we are to dismiss cryptos because some bad actors fund their illegal businesses through it or because some hackers regularly steal from exchanges we might as well ban cash too, or just money in general. Cryptos represent a means of exchange and what you exchange cryptos for is your prerogative, just like it is with fiat cash. Of course, knowing that the law enforcer will want a sit down with you if you cross certain lines.

17 thoughts on “Of the married couple that tried to ‘clean’ US$4.5 billion worth of stolen bitcoin”