Get Ready: Zimbabwe will be a competitive BPO hub 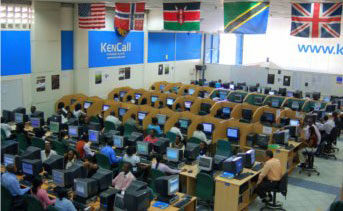 In an increasingly globalised world, Business Process Outsourcing (BPO) has taken developing countries by storm. By consistently underpricing developed markets, thousands of jobs and opportunities are being created at breakneck speeds everyday. This article seeks to provide a bird’s eye view of the sector with regards to Zimbabwe’s shot at becoming a competitive hub on the continent and within the greater Southern Hemisphere. We’re not quite sure when exactly the BPO boom began, we are more than certain however of the fact that it’s a very lucrative sector to enter for entrepreneurs and this nation.

In its simplest definition BPO involves offering outsourced services within the front office (customer service-call centre, live chat and email support etc) and back office (data entry, data process, billing, accounting etc) to corporations around the world. The sector started gaining momentum in the early 80s when a crop of Indian entrepreneurs realized that the future economic driver would be technology. These entrepreneurs had operated traditional enterprises and did not just migrate towards a new market but had to create it.

Africa might be a late adopter in this sector however progressive markets are making up for lost opportunities by aggressively pursuing this new gold. North Africa has taken advantage of its close proximity to Europe by investing in the sector with Morocco, Egypt, and Tunisia as frontline adopters. South Africa inevitably leads the Sub Saharan Africa pack as its dynamic economy availed such opportunities locally while Cape Town is being positioned as an international BPO base. Kenya, Ghana, and Ethiopia are among other eager adopters.

A fine example of success in a very similar context as the one Zimbabwe exists in is Kencall. In 2005 Nick Nesbitt left a comfortable job in America to return to his motherland, upon landing he set about creating what is now a famed case study of overcoming daunting obstacles to create a whole new sector in a land of serial unemployment and poverty. Today Kencall employs hundreds of agents from a warehouse in Nairobi and provides services like tech support, sales and admin functions. It has a capacity to deploy 1500 agents during traffic spikes. Kencall has survived through political turmoil and a zigzag economy to lure global giants like Direct TV, Novartis, and Orange. Awards from the Harvard business school, KPMG, and the Legatum Award for African Entrepreneurship underscore its success.

Zimbabwe has the continent’s highest literacy rate, the most articulate English speakers Africa has ever seen and relatively sound infrastructure. What has been missing from the puzzle is access to dependable international bandwidth but as you’ve probably heard for over a thousand times now, this is changing. A new wave of IAPs and access to SEACOM, EASSy and other undersea cables will chop down prices within the next two years. By leveraging on existing strengths and taking advantage of technologies like VOIP, Zimbabwe’s shot at coining it in this sector are promising.

What is required is for policy makers to provide incentives to entrants in this sector (Kencall is part of Kenya’s Export Processing Zone) and local consumer brands to support pioneers of the sector. Econet for example has a mega call center that many have tried to reach in vain. The beauty of outsourcing is the increased level of accountability and focus it provides. Zimbabwe has what it takes to become a continental giant in this field; we just need our crop of brave foot soldier entrepreneurs to defy conventions and for corporate titans to upgrade their text books.