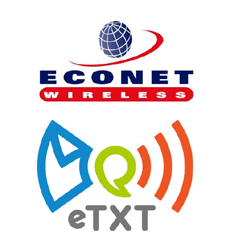 When Econet launched eTXT in March this year, we praised the service for innovation in a space that no other provider is playing; linking basic mobile phones to internet services like Email, Facebook and instant messaging. With a mobile phone just capable of SMS and voice calls, subscribers could now effectively send emails, respond to chats and post to their Facebook wall.

Sending a message to the internet cost a subscriber US 7 cents. That’s 2 cents less a regular phone to phone SMS. Subscribers loved the service but most didn’t quite like the price. It’s supposed to be lower, was the common sentiment. Sending an SMS to the internet is somehow expected to be cheaper than sending one to another mobile phone.

We’re told adoption of the service started to slow down so Econet and ForgetMeNot Africa (the owners of the eTXT system) had to go back to the drawing board. The result: They have knocked off another 2 cents. An eTXT SMS to the internet now costs 5 cents.

It’s hard to predict how customers will react. The market has a strange (read harsh) way of reacting to Econet services even when the company does some good. In fact, we can bet some will clamour for a free service. Something along the lines of, “Econet is making so much money, why can’t they just make it free!”

We still think it’s a great service. We love its cousin Dasuba too, which we find cleaner and easier to work with. Zimbabwe and other African countries still have a huge number of subscribers using basic mobile phone.