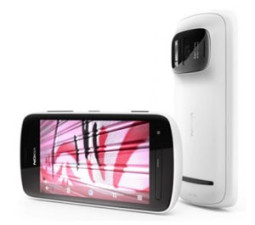 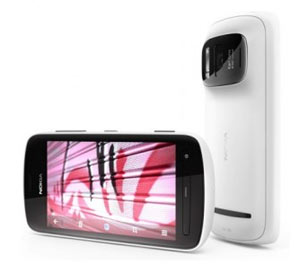 The 2012 annual Mobile World Congress which kicked off in Spain, Barcelona doesn’t seem to all be about new unheard-of technologies but rather jaw dropping additions to product specifications. The one that undoubtedly had the most attention was Nokia’s 808 PureView, sporting a 41 Megapixel camera and CD-quality audio recording features. While Nokia, specifically the N-series, has grown to be the standard for mobile photographers the critic circles have deemed the camera size to be “unnecessary”.

In an interview with TechCrunch though, Nokia’s CEO Stephen Elop, justifies it by the fact that citizen journalism is on a boom world-wide:  “I think you will see more innovation around that activity. A big part of our strategy going forward will be location-based services.” Could Nokia want to be the future of journalism? Time will tell. Asides the camera, the 808 PureView runs on the Symbian Belle OS (I had bet it was Windows), and CEO Elop said they wanted to introduce the device as soon as possible then work around the engineering to get it onto a Windows device. It’s powered by a 1.3GHz single-core processor, 512 MB RAM and a 4-inch AMOLED display. The camera, which stands out when you side-view the phone, will probably be part of future models since there was mention of engineering it to a Windows device.

Nokia also launched Reader, which is their first try at the e-reader market where the Kindle stands as king; no news thus far of a Nokia Tablet, but rather phablets: an attempt by device manufacturers to strike smartphone lovers and those of tablets with a single stone.

Samsung announced the Galaxy Note 10.1 Android Tablet, a bigger version of the Galaxy Note released not too long back. The Galaxy Note 10.1 has a 1280 x 800 resolution screen, 1 GHz dual-core processor, 1 GB of RAM, a 3 mega-pixel camera and a VGA front-camera. They’ll be available in 8, 16 and 32GB flavours (expandable to 64GB) when they’re released (March: hint hint). No prices on those yet and that doesn’t really matter as prizes in the America and Europe seldom reflect what Africans will pay for the devices. One thing we can see though is that the stylus is back in the game.

Now on to cooler things, Samsung unveiled its Beam smartphone which is capable of beaming an image on a screen of up to 50-inches owing to its in-built projector. The engine is a 1GHz dual-core processor running Android 2.3, all in a nifty 12.5mm device. Wouldn’t mind one of these for when the power goes out. 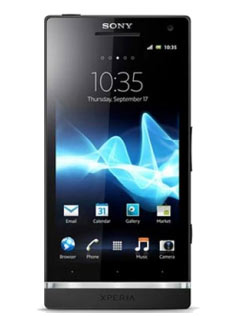 And now we call Sony to the stage: Xperia fans were in for a treat as Sony unveiled the Xperia P and Xperia U. The Xperia P is, so to speak, a scaled-down version of the S and is targeted at the mid-range smartphone market. It has Sony’s White Magic technology (which allows maintained readability in various indoor and outdoor lightings) and Bravia’s Reality Display all working behind the 4-inch screen.

In addition to that there’s Sony’s SmartTags technology: which uses Near Field Communication (NFC) to allow you to switch between different phone settings by bringing the phone close to special tags such as having one in your car that makes it change settings automatically to those suitable when you’re driving. Yet another 1GHz dual-core processor and an 8MP camera capable of 1080p video.

It really gets cool with the new SmartDock feature exclusive to it, which offers simple connectivity to multiple screens, turning the device into an entertainment hub for the living room. You can browse the phone’s media content, or stream HD quality videos on your TV screen using the remote. There’s also USB keyboard support on the SmartDock, useful when you want to write long emails (TVs and PCs are set for a clash if you ask me).

The Xperia U, which I think should have been called the P (as in pea), is small and pint-sized. There’s 3.5-inches to let you see into its world and it also has the Reality Display technology. It will be available in two base colours and has the same processor as the Xperia U. Both the P and U will launch in the second quarter, and no price hints have been given on any.

HTC announced the “One” series as its new flagship, starting off with three devices which are the One S, One V and One X. Of more interest from HTC was their new cloud offering that comes with the One series, thanks to a deal with Dropbox, where you get 50GB storage free for 2 years, HTC seems to be fighting to raise its sales that declined in momentum against Apple and Samsung’s. 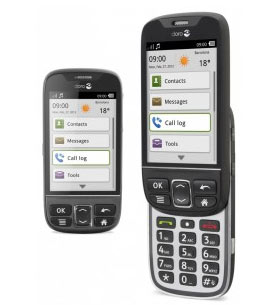 Big guys aside. Swedish company Doro announced the PhoneEasy 740, an Android portrait slider aimed at the elderly folk. It has big keys and large fonts (Accessibility).

Huawei (the company behind the much loved Ideos) released the D Quad, labelled the world’s smartest smartphone thanks to a 1.5GHz processor. It sports a simplistic design and 4.5-inch 720p screen. Huawei appears to want to penetrate the US market, where fierce competition awaits. The D Quad will be available in the second quarter this year.

Android definitely was in the spotlight, and Google’s Eric Schmidt wasn’t one to shy away from the glory. His aim is to “see an Android in every pocket”, and to have the world’s offline 5 billion put online. In the next year he expects low cost Android phones to become mainstream ranging in the prices $100 to $150 and finally a $70 Android phone. An $80 Android phone they helped Huawei build is already available in Kenya so his dream is not far from realised. He also boasted that there isn’t anything on the market that compares to Android’s latest offering, Ice Cream Sandwich.