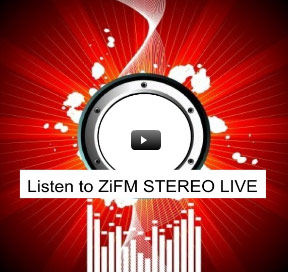 Some months ago, when this beloved country of ours essentially had only one radio broadcaster, we posted an article complaining that we couldn’t conveniently access this broadcaster’s content conveniently. See, they don’t stream the radio live on the internet and because of it it’s easy to just resort to other “foreign” radio stations that do steam online.

We were therefore quite delighted to find that this is no longer the case. While this national broadcaster’s waves are still nowhere available on the internet, a new local radio called ZiFM Stereo (that’s just a temporary site according to the company) has made it priority to be available on new media platforms. Not only do they stream live on the internet, the radio station is very active on Twitter and Facebook too.

The company says so far they are getting about 120 people listening live on the internet. The listeners, according to the company, include people tuning in from South Africa, England, America to as far China, Iraq, New Zealand, Cuba and many more countries. In just one week, ZiFM has also pulled a following of over 1,100 Twitters and 5,100 Facebook users, with an average 3,500 users actively engaging with the company’s content on Facebook.

According to the company spokesperson, the radio station started its test signal for Harare in July and commenced full programming last week on 15th August 2012. Full live streaming then started just four days later on the 19th August.

ZiFM Stereo’s spokesperson says as part of their strategy they sourced equipment and technology to compete with other stations on an international level:

Through our research we discovered that modern Zimbabwe is now very progressive and aspirational in touch with up to date technology and communicating on multiple platforms. Our product offering then had to be reflective of that introducing online streaming for Zimbabweans across the world to access content and listen to our station.

The company’s spokesperson also explained that because of the internet their listeners are no longer confined to Zimbabwe and all its towns (they have 10 transmission sites in Zimbabwe) but the world at large.