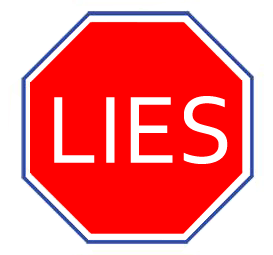 Sometimes people think they are infallible – even if all evidence points to the contrary. I am tired of self-styled geeks who peddle lies just to appear knowledgeable. I had this thought after hearing the conversations between geek (self-styled) and novice and thought I’d bust some of these myths.

Novice: What is this Wi-Fi I keeping hearing about?

Geek: Short for Wireless Fidelity. Wi-Fi is the name of a popular wireless networking technology that uses radio waves to provide wireless high-speed Internet and network connections. It’s a short range solution it operates within 100m.

FACT: Wi-Fi is simply a trademarked term meaning IEEE 802.11x it does not and has never meant Wireless Fidelity. As for Wi-Fi being short range, the record for Wi-Fi is 201km! Yes you can set up a Wi-Fi connection between Harare and Rusape and expect speeds of 11Mbs! Visit Defcon here to verify the facts yourself.

Geek: That would be just a waste of money. It is mathematically impossible for a 32bit OS to access more than 4GB of RAM because the processor cannot access memory addresses beyond that.

FACT: Now I was never very good at math – just good. I saw my way across college calculus. Some crazy lecturer (name withheld) saw to it. But I know my Ubuntu 12.04 LTS 32bit can eat up more than 4GB of RAM for dinner thanks to the PAE kernel. Using Physical Address Extension technology will send the 4GB RAM FUD hurtling out of the window. Personally I could never understand what this 64bit fuss was all about. The benchmarks do not back 64bit OS. Not on a normal PC anyway.

Geek to Novice: Forget it you cannot have a PayPal account if you are from Zimbabwe.

FACT: I can understand why someone would say that. Ignorance. All one has to do is visit www.payoneer.com and apply for a free prepaid MasterCard, wait for a month for it to be shipped to you; visit FBC and apply for a prepaid MasterCard; load FBC master card and use it to load Payoneer MasterCard. Join PayPal. Avoid using a Zimbabwean address on the PayPal registration form you can always specify your actual address when making purchases.

Geek:  There are no public proxies in Zimbabwe.

FACT: AFRINIC provides 4 public proxies that can be accessed from Zimbabwe without much speed loss. Please visit http://www.freeproxy.ch/country–ZW.htm .

Ok I am not going to get started on things like tethering, rooting, jailbreaking etc. The final word of the matter is: If you think it is impossible you are wrong. To the novices;  trust but verify.

This guest post is by Garikai Dzoma. Though professionally an accountant, Garikai is an avid Linux geek who started using Ubuntu Linux in 2007 and is an active member of the Zimbabwe Ubuntu LoCo team.