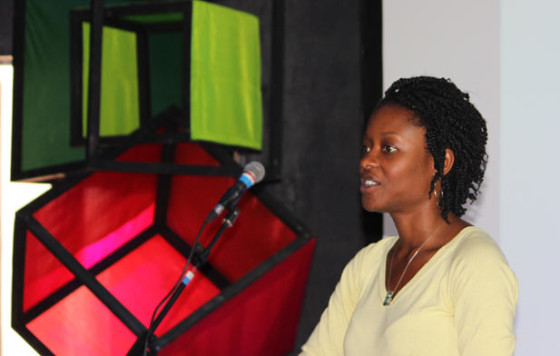 Today was the first of the two day Culture Shift Ideation, an event to get software developers, designers, creative arts people and entrepreneurs to find solutions to problems in the arts sector that can be solved by technology. It was great having individuals and organisations from the arts side get to learn of the possibilities tech platforms avail locally.

Being techies ourselves, learning from the arts people how they work, the data they generate, the stuff they wish they could do with technology was also quite interesting. As tech people, developing cool solutions that no one needs is a big problem.

The day started with introductions from the organizers of the event, the British Council. The covered how the concept came about and how it has been held successfully in other countries on the continent; Nigeria, South Africa, Kenya and Egypt.

After that a presentation was made by the Head of Business at iWayAfrica, Nhenha Nyagura who talked about the current state of Zimbabwe’s ICT infrastructure. Nyagura said that while it was commendable that Zimbabwe’s internet penetration rate had risen to about 35%, in a country where literacy rate is above 90%, users of the internet should reach at least the same percentage of the population.

Next, a representative from the SMEs ministry talked about programs they have as government to help businesses with working capital (he had to clarify they don’t provide startup capital) through organisations such the Small Enterprise Development Corporation (SEDCO). Participants where however quick to point out that the requirement for collateral makes such funding unsuitable for startups.

The next part of the day (frankly, the interesting stuff we were waiting for) had the two categories of professionals (cultural folk and techies) go into groups to explore the opportunities of collaborating with the other group to solve existing problems in the arts sector. Each group also got to ask questions and learn more how the other side works, which was really interesting, and (clichéd yes but, honestly) ‘eye-opening’.

There was also an exciting “speed dating” session where, to help people get to know each other so that they hopefully explore ideas together later, arts people and the tech people had timed slots (1 minute if I remember well) to meet and introduce themselves to each other.

The day ended after lunch and we will all be meeting tomorrow for the actual idea generation and pitching. See you there!

Here are some pictures we took: