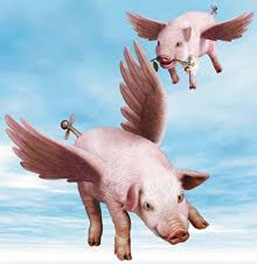 Imagine this: the latest smartphone just came out and it is only being sold in the retail outlets of developed countries and meanwhile you are stuck in one of the filthy suburbs of Harare, Zimbabwe. You have a decent internet connection so you visit the Apple website and after paying a certain fee, download the 3D printer file for the latest iPhone and proceed to send it to your 3D printer. You go out for a cup of coffee and when you come back a shiny new iPhone 8 is on your printer output tray.

This is not the stuff of fiction guys 3D printing is real fast becoming an industry standard especially in prototyping.3D printings is a process of making a three-dimensional solid objects of any shape from a digital model which is often in the form of a computer file. It is achieved using a process where successive layers of material are laid down in different shapes. 3D printing is considered distinct from traditional machining techniques, such as circuit board printing which mostly rely on the removal of material by methods such as cutting or drilling.

The layers are defined in a digital file and interpreted by appropriate software. A succession of descriptions of the portions are then sent to the 3D printer to build them. The pieces are then put together in a number of ways. Powder can be spread onto a tray and then hardened in the required pattern with a jet of a liquid binder or by heating it with an electron beam. Some printers deposit strands of molten plastic. After each layer is complete the next layer is created either using the same material or a different material depending on the definitions in the originating file. While 3D printing may seem and sound bizarre it is in fact it is similar to clicking on the print button on a computer screen and sending a digital file, for example a memo, to your inkjet printer. The difference is that the “ink” in a 3D printer is a material which is deposited in successive, thin layers until a solid object emerges.

During this year’s Consumer’s Eletronic Show (CES), and indeed with increasing boldness after that, 3D printing was and has been touted as the next big thing after cloud computing. Clothes and soccer balls have been printed using various models of the printers. Reading some of the adverts for these worthless objects one could be easily duped into thinking that all they have to do is reach for their FBC MasterCard and obtain a printer and that will spew out designer clothes and what not. Nothing could be further from the truth. Home 3D printing is still an embryo, not even in its infancy, yet some of unscrupulous outlets would have you believe the future is here and ask you to part with $3000+ to be part of this fantasy.

So far it would seem the greatest hurdle is finding suitable “ink” material that can be used in the printers. It is commonplace knowledge that you cannot expect to make a fully functional ball using powder and if you were to find a material that could make a functional ball the same material would be unsuitable to print a special kitchen knife for example. The absence of a versatile ink is one the reasons that I think home 3D printing is a pipe dream. It seems ridiculous to me that I should spend $4 000 buying a printer so that I can print 5-10 soccer balls-that would equate to over a $400 per ball!

This is not to say that 3D printing is hopelessly worthless; just that home 3D printing is worthless. The printing of parts and products has the potential to transform manufacturing because it lowers the costs and risks in the manufacturing industry. Instead of hiring an engineer to oversee the manufacture of each component the task can trusted to a 3D printer that will, in much the same way as industry robots have done for so long, print out a series of uniform parts cheaply. Also engineering industries often make use of models which are normally made out of uniform materials which solves the ink problem alluded above when printing is opted for in the making of these models.

Whilst the importance of 3D printing in prototyping and engineering brooks no disagreements, its usefulness in the home is doubtful at best and a worthless expense at worst. Indeed unless you can draw me to oinking sounds in the sky as pink beasts fly by I can bet you the scenario described in the opening paragraph is just as unlikely as pigs flying or is it not?

9 thoughts on “The value of 3D printing”