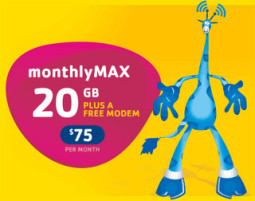 When we sampled Utande’s uMAX internet last year we noted that it was the most stable and consistently fast internet experience on the market. But we also added: “In terms of affordability if uMAX was a stock it’s the proverbial ‘not for the widows and orphans’ type”. Because it was priced out of reach of the average middle income family or small business. Both the equipment you needed to but to connect, and the monthly bandwidth price.

Not anymore. uMAX has slashed prices so much they’re now as mass market as your mobile operators. The company announced today the introduction of a monthly 20GB data bundle for just $75 which comes with the uMAX setup equipment free. That’s less than a cent per megabyte. 0.4 cents to be specific! Unbelievable, right? Compare that to the previous rates below. At $240 for just 12GB previously, this reduction is roughly 80%. 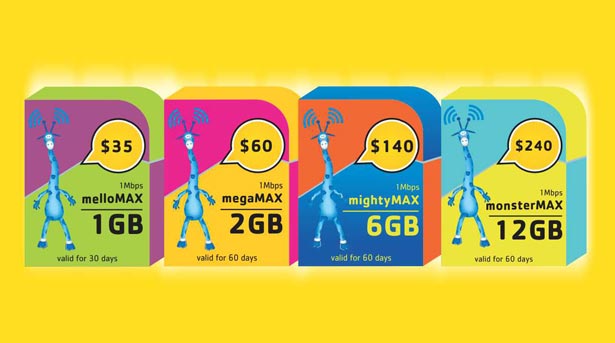 But there’s a small catch; you only qualify if you’re signing a 1 year contract. If you want to walk out earlier than a year, we’re told you’ll just have to hand them back the equipment you got for free. Which is still great of course, coz you will essentially not lose anything if you decide to go to their competition, which will surely have to respond to this. Remember 2.5GB for $50 seemed like a very cool deal just 7 days ago!

If you’re not one to do year long commitments, uMAX has a flexiMAX option, which is basically pay-as-you-go at 2 cents per megabyte peak, and 1 cent off peak. Just a bit below what the mobile competition offer currently. The unattractive bit about this option though is that you have to pay for the equipment, which is at least $200. In many ways that’s still ‘not for the widows and orphans.’

Regardless, these rates make uMAX the cheapest broadband internet on the market today. Even cheaper than TelOne, the company famed for not caring about making money.

We should mention here though that for smaller bundles (10GB and 15GB) TelOne ADSL still works out a bit cheaper, and especially since Utande doesn’t have smaller bundles at the moment. But how many families have land lines?  And how many of those that do know TelOne for great customer support? And for those that might want ADSL anyway, how many don’t owe TelOne thousands in hyper-inflated bills?

It’s also important to note that uMAX delivers data at 1Mbps, which, in our experience was almost guaranteed. Only ADSL (and fibre) locally provided comparable service stability and consistency.

Along with the other players in recent weeks, the move by uMAX ushers in a new era in internet cost, accessibility and usage in Zimbabwe. Even though the $75 package is not accessible to low income families now, the new trend is clear. Those that do have access now will use the internet in new ways that, just weeks ago, were unimaginable. And it will only get better in the coming months!

Here’s the uMAX press release for details. Also check out the full terms and conditions of the deal here.