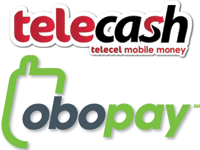 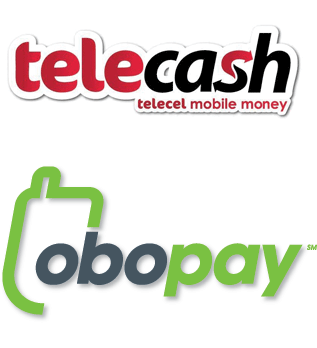 Reliable information we have received from sources says Telecel will be using the Obopay platform for their Telecash mobile money service. This is contrary to market information that has been all along suggesting they’d be using the Mahindra Comviva platform that Econet uses. The reasoning so far was that Telecel was working to match Econet’s offering on convenience, with a view to compete on service and tariffs. Choosing Obopay must mean they have found the convenience they need there. But could also be a cost issue, who knows!

So what will the Obopay offer? From what gather, they have everything  a typical mobile money service is now expected to have: Person-to-person transfers, Person-to-merchant, person to biller, airtime topup, linking wallet to bank account, mini statements etc… But we also noticed in the Obopay marketing material that some unique stuff like the ability for a subscriber to request money are also available.

There’s more unique stuff that we’re curious to see the roll out and use of. Obopay says in some of its marketing that it created “its technology for all types of cell phones and its solutions are accessible via SMS, IVR, WAP and USSD channels.”  WAP especially means much better interactivity than USSD. For those devices that support it that is. So far, mobile money services locally depend on USSD (EcoCash), and Simi toolkit menu (NetOne’s OneWallet). USSD, especially, is a huge pain as you have to do a back and forth of entering menu numbers & responses just to be told the connection has timed out on your 8th step.

Obopay also has an existing deal with MasterCard that makes it possible for subscriber to pay wherever MasterCard is accepted. We don’t think this particular one is a game changing feature though.

The Obopay platform is in use in a number places globally including in Uganda (mobile money service called Warid Pesa),  Kenya (YuCash), India (in partnership with YES Bank and Union Bank of India) and the US (AT&T and Verizon). Yes, the US. Not exactly your mobile money poster country so we’re guessing the reason is Obopay is a US company. The company however seems to have shifted its main operations to India soon after launch understandably because emerging markets are where there’s a larger market of unbanked individuals who has access to mobile phones.