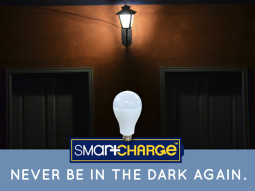 The CES has always been too advanced to interest most African markets on a “lets do business now level”. The technology presented at CES 2014 is largely for early adopters and too expensive for emerging markets to even contemplate. However, the technology eventually reaches our humble markets and over the years, the technology has been getting here sooner than expected.

Research firm Gartner estimates global spending on IT to reach $3.8 trillion in 2014 and as manufactures hunt for market share, margins will be lower making the average selling price lower. This will likely mean devices at CES 2014 will likely reach emerging markets sooner. But it’s not all about money, product relevance will also determine how fast some of these products will reach our markets.

Here are emerging market relevant products from CES 2014 that we may expect to reach our markets sooner. They may of course come in as the original form or well, cheap Asian clones.

With regular power shortages we experience here in Zimbabwe, the SmartCharge LED light bulb can be a hit in Zimbabwe. The Bulb works like a normal bulb but also caries a rechargeable battery that will give you about four hours of light when ZESA bails. The one great feature with this smart bulk is that you can still turn it on or off using your regular utility grid switch even when there is no power. At regular use, the bulb has a 25 year life and currently the retail estimate is at around $25 in the USA.

A smartphone’s battery lack of juice is universal problem that a company called EnerPlex is looking to fix with a solar powered battery that doubles as a phone protective shell. The unit fits iPhones and some high end Samsung Galaxy phones at the present moment which makes not ready for Africa yet but its a concept that will work well.

When your smartphone is out of power, you simply place it in this device and it will connect to your phone via USB and replace your battery. However, to avoid your phone heating up, the company recommends that the device be solar charged separately with no phone connected.

The solar device retails for $100 in the US. It also has to be cheaper to be widely adopted in markets like ours.

CES 2014 has been dominated by wearable technology and although the devices are pricey, they have great relevance now considering the health and fitness craze throughout the world, Africa included. Wearable tech will grow to a $6 billion market by 2016 and LG, Sony, Intel among others have come up with wearable tech at CES 2014 geared to cut a slice of this cake.

Although maybe not the case for Zimbabwe, according to the World Bank, Africa has the fastest growing middle class and has 13% of the population classified as a “stable middle class” (low risk of slipping back into poverty). Smartphone penetration is at 18 percent although its set to double in under four years, and its the growing African middle class that not only smartphones, but also wearable tech can benefit from.

The hybrid cars market is growing at a fast rate throughout the world but excitement in Africa has been muted largely because electric power in Africa is intermittent. This year, Ford has unveiled a concept hybrid powered by the sun called the C-Max Solar Energi, a version of the C-Max Energi plug-in car already sold by Ford. Africa has an abundance of sunlight but the cost will likely deter entry (the C-MAX Energi costs $33,000).

Ford says when fully charged, the C-MAX Energi will have a range of 620 miles and motorists can do three quarters of their daily trips on solar energy. Ford has already started mass production of hybric cars with 85000 sold already. Should the solar concept hybrid gain success, other players (Tesla maybe) will look to start mass production as well, pushing prices down and hopefully this may be something coming to our roads in the not so distant future.

CES is an innovation hub but sadly Africa is no where near the party. Of the 3,200 international attendees at CES 2013, none came from Africa. This year a Nigerial organisation called Digital Africa Global Consult was given the go ahead by CES International to operate the “African Pavilion” at CES 2014. They had indicated that they would focus on African apps but we haven’t received any news from that front yet.