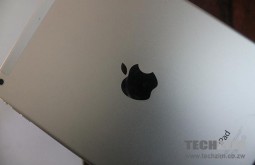 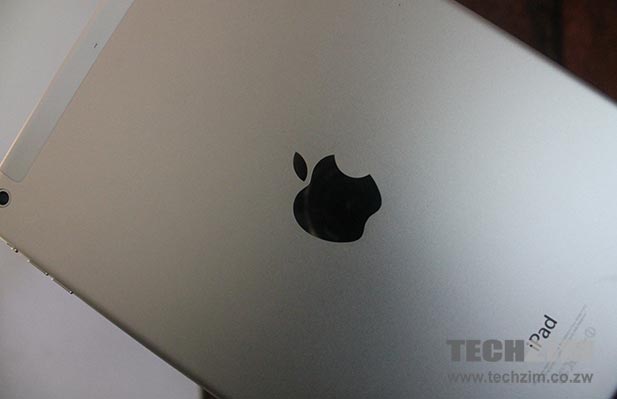 Recently I have had a chance to go hands on with first, the iPhone 5S and most recently iPad Air which represent my first real experience with Apple products. The iPhone 5 made me like and appreciate iOS but the iPad Air made me fall in love with Apple. Before this “exposure”, I never imagined myself being an iPerson but sentiments change and I will be looking at Apple for my mobile device upgrade.

The iPad Air is surprisingly light for firstly a rather larger device and secondly, a powerful device when it comes to processing ability. The iPad Air weighs just one pound. If you are not sure how light is one pound, think about the weigh of a shoe, a football or half the weight of a regular pineapple.

Granted, ultra-light is awesome but at the same time you almost have to handle it with extra care and more awareness because the weigh does not impress much on the hands to automatically register upstairs that you actually holding something safely enough. I am told wrapping the device is covers will get rid of this physiological challenge and obviously makes the device a lot safer. 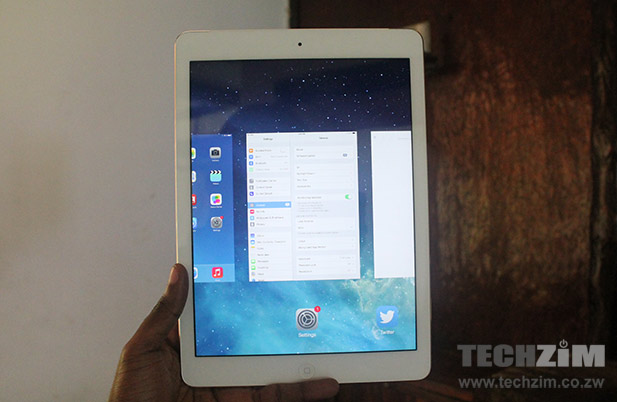 The iPad Air is 28% lighter and 20% thinner than the iPad 4. These are very significant reductions and makes the air thinner and light that a whole lot of smartphones out there.

I particularly like the thin bezels which gives the impression of a larger screen (continues with 9.7″ found on iPad 4) but has just enough space to still handle the device without the fingers unnecessarily encroaching into the screen.

The 9/.7″ inch retina display on the iPad Air is nothing short of extraordinary. Although the screen resolution of 2048 x 1536 is not the best around spec wise, it renders some high quality imagery and videos. The screen has a plastic like protection coating which give it a smooth, less slippery texture. 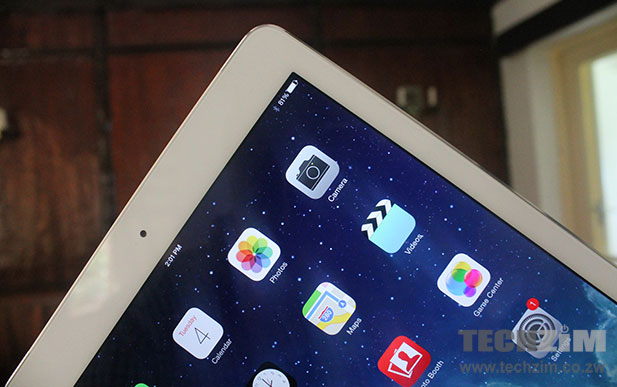 It’s really hard to point any flaws with Air’s display. Sensitivity is on point, colors are true and rich and the large great makes for great video viewing. 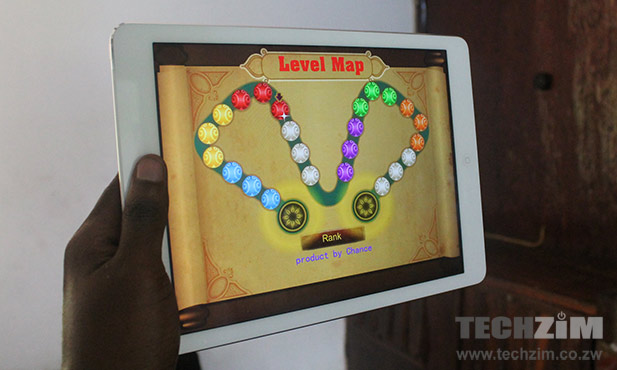 The iPad Air comes with16/32/64/128gb storage. The one we have is the 16gb version, 13gb of that is dedicated to apps and media. We feel you may quickly run of space especially with the iOS7 apps that are generally large than ordinary.

The processor A7 processor is the power behind the iPad Air. The A7 processor brings the imagination behind the iPad Air to life as it makes an ultra-light device perform with robust efficiency. It has 64-bit capability – a first and a new benchmark that competitors will have to aim for.  From launching apps, playing games and multitasking, the whole experience is effortless and a real breeze.

The 5MP iSight camera on the iPad Air is the area I found the Air most lacking. It is a step backward from the acclaimed 8MP iSight on the iPhone 5S on specs alone, never mind the features. I have checked the specs on the iPad 4 and Air seems to have inherited its predecessors camera as is. .

Nevertheless, the camera produces greats shots in varying conditions. The wide aperture at f2.4 give some good light exposure which is necessary in the absence of a flash backlight.

Apple promises upto 10 hours of battery life with the iPad Air’s Li-Po 8,820 battery. This is generally the case as the battery never went below 30% during our test which included sporadic media playing and more regular browsing. The battery doesn’t seem to lose much when on standby and you can literally keep it on standby for a day or two and experience no significant drop in power levels.

The iPad Air is the best tablet I have ever handled. It’s has the best design, it has the best screen and has the best overall performance. The camera and limited storage in the 16gb version point to a few flaws that hardly take away anything from the ingenuity found in the Air.

Our Apple supplier sells the iPad Air 16GB with LTE for a $850 and the one with WiFi only for $700. This is quite a premium but still a figure that the most loyal and capable Apple enthusiasts should be willing to part with considering our market conditions. The big MNOs don’t have the iPad Air available and Apple retailers like Tech Tools sell the device on order for $1,200 with delivery within 6 days (they provide warranty and backup).