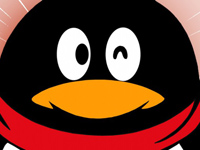 Tencent radically shakes up its eCommerce strategy as it takes a 15 percent stake in Alibaba rival JD (TechInAsia.com)

You are probably familiar with the successful Chinese eCommerce company Alibaba… but Tencent? Actually you are familiar with them too, just more through their chat application, WeChat, and their association with owners of Multichoice. So anyway, Tencent last week bought a 15% stake in an Alibaba competitor, JD.com. What that means according to TechInAsia is that  Tencent will give JD the money and visibility necessary to run Tencent’s ecommerce operations successfully. As you many know, WeChat is more than just a messaging application. It’s an eCommerce platform as well, and this makes them competition to Alibaba, the kings of eCommerce in China. The combined power WeChat and JD will have against Alibaba is significant.

In typical Rocket Internet style, their car classifieds startup, Carmudi,  is launching everywhere. Nigeria, Cameroon, and now Ghana. Outside Africa it’s in Vietnam, the UAE, Philippines and Indonesia. In Africa, their main competition is Cheki, a startup we have written about here before.

Starting today, Chinese consumers will be able to buy almost anything inside WeChat (TechInAsia) 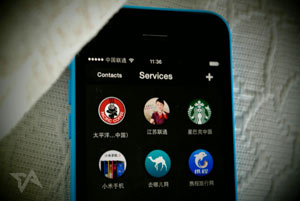 Back to WeChat. What you know them for – messaging – is just a component of the application. The business is in eCommerce and in China, it’s home, users can now use is more deliberately for just that. TechInAsica writes “The addition of a framework for in-app purchases allows the app to take the functionality mainstream to all verified vendors, whether they’re big name brands or ordinary small businesses.”

WeChat are set to become the mobile commerce kings of emerging markets. As with other WeChat features, there’s no telling when they’ll launch the features in other markets.

To help answer questions about what really happened at Mt, Gox, a group of hackers has claimed breaking into the now closed down exchange’s servers. Forbes reports that yesterday (Sunday) hackers took over the Reddit account and personal blog of Mark Karpeles, the Mt. Gox’s CEO, to post an angry screed alleging that the exchange he ran had actually kept at least some of the bitcoins that the company had said were stolen from users.