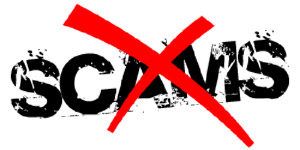 In an advice article published in the Sunday Mail today (read it so you don’t fall prey), the police warned readers that fraudsters in Zimbabwe are now using mobile money services like EcoCash, Telecash, OneWallet and others, to conveniently take money from victims. A common trick, says the article, is one targeted at job seekers who are asked to transfer money electronically as an upfront payment.

The conmen apparently  use “fraudulent mobile accounts” and, according to the article, they quickly discard the sim after a successful job.  This is strange because to receive money (and to cash it out) one has to use a registered sim, and one registered in their name. In fact, they have to bring produce identification to confirm they own the sim. So we assume tracing who these fraudsters are shouldn’t be too difficult a job.

But maybe they are registering sims using fake IDs from the onset? Or is it the case that we still have unregistered sim cards on the market, and that more are being activated even as we speak? It is possible right now to send money from a Telecash account to any mobile number in Zimbabwe, making it clearly impossible for Telecel to check whether the recipients on other networks are properly registered sim cards or not.

The market (us included) have heavily criticized Econet for what we’ve seen as a market unfriendly move to stop money transfers to other networks. Econet ofcourse defended themselves as working to reduce money laundering, but we all took that with some skepticism. Could it be Econet is actually at the forefront of preventing such fraud, or at least being able to trace the thief after the act?

I have no idea if Econet’s methods would indeed result in any thieves & conmen being caught. I know for example that despite reporting gadgets worth thousands to the police as stolen (smash & grab), and the police submitting a request for records to Econet so they could help my stuff, nothing ever came through. Not even a negative report to just say the gadgets in question were not used on their network. And such stories are very common. Maybe it’s the police’s reluctance. Maybe the mobile operator’s.

10 thoughts on “Why are these mobile money fraudsters difficult to catch?”