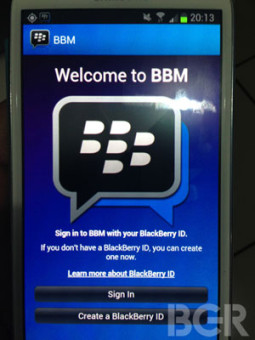 During this past week at the Huawei & ICT ministry’s public sector ICT forum in Zimbabwe, apparently someone asked when the government would relax current restrictions on BlackBerry Internet Services in the country. That question resulted in this article on ITWeb Africa.

We’ve always thought it strange that as a country, we still talk about BlackBerry (and BBM). BlackBerry has been history since quite a while now. BBM, the service that made it a rich ecosystem its time, is now available on IOS and Android, and all this has done is prove that it indeed belongs inn the past, as despite being available, no one is using it. We’re either on WhatsApp, Facebook Messenger or, for a few, Google Hangout.

But even if that wasn’t the case, it kinda came out that BBM not being available in Zimbabwe wasn’t really a government issue. BlackBerry itself just wasn’t too keen!

So why are we still pestering the ministers and regulators for a technology of yesteryear? Maybe part of it is this 6.6% here? Maybe these people should move on like the whole world has.

11 thoughts on “The Zimbabwe government needs to allow BlackBerry? Really?”