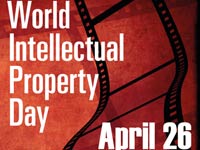 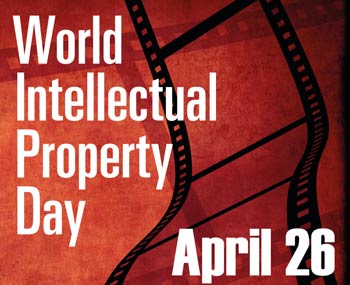 As the rest of the world commemorated World Intellectual Property Day on the 26th of
April, as an ordinary Zimbabwean citizen I pondered on the relevance of this day to the
people of Zimbabwe. It then dawned on me that indeed we had every reason as Zimbabweans to celebrate the bit of our achievements with the rest of the world. We may
not be able to know or appreciate some of the significant strides the country has taken,
but there are indeed milestones worthy of celebration.

Firstly, the mere reason that we have recognised intellectual property as a constitutional
right, in the new constitution is reason enough for us to celebrate. Section 71 of the bill of
rights under property rights which provides thus;

“Subject to Section 72, every person has the right, in any part of Zimbabwe, to
acquire, hold, occupy, use, transfer, hypothecate, lease or dispose of all forms of
property, either individually or in association with others.”

Literally interpreting this provision, intellectual property will also fit into this category as
it says “all forms” of property. In addition to that, the constitution further
accommodates this type of property in its definition of property being “property of any
description and any right or interest in property”. Our celebration however would have
been more elaborate if this right had been clearly provided for, without having to deeply
engage our legal minds. A more apparent clause, which leaves no doubt to an ordinary
person that this right is included in the bill of rights, would have been more preferable.
Some countries such as the United States of America have clearly embedded an
independent Clause in Article 1, Section 8, Clause 8 of their Constitution recognising this
right. The Congress under that provision is granted the powers to promote the progress of
science and useful arts by providing inventors the limited but exclusive right to their
discoveries. The writer is not requesting any duplication of this provision but is merely
emulating and highlighting what other countries have done is so far as recognition of IP as
a constitutional right.

Be that as it may, Zimbabwe can still celebrate this day with the rest of the world because
it has publicly embraced intellectual property by becoming a party to the international
legal instruments that govern intellectual property. Like many other countries, it is a
member of the World Intellectual Property Organisation (WIPO) through the WIPO
Convention of 1967. This is the constituent instrument of the specialized agency of the
United Nations.WIPO’s objective is to promote the protection of intellectual property
worldwide and to ensure cooperation among the intellectual property unions established
by the treaties that WIPO administers. Further to this Zimbabwe has been a party to the
following; Paris Convention (Industrial Property), since April 1980, Berne Convention
(Literary and Artistic Works), since April 1980, Patent Corporation Treaty (PCT) (Patents),
since June 1997 therefore it is a part of the global recognition of intellectual property. As
a major milestone, Zimbabwe is a member and signatory to the World Trade
Organisation’s (WTO) celebrated Trade Related Aspects of Intellectual Property Rights
known as (TRIPS Agreement) which sets out the basic minimum standards regarding the
protection of intellectual property. Unlike many of our fellow African countries Zimbabwe
has gone a step further and has incorporated these minimum standards in its legislation.
As a country it has the necessary intellectual laws in place and the laws are TRIPS
compliant, a rare find within the African continent or generally amongst the developing
countries. To this alone, as Zimbabweans, we can raise our glasses and celebrate these
achievements.

Regionally, Zimbabwe is a member and signatory to the African Regional Intellectual
Property Organisation (ARIPO) and its protocols-: The Lusaka Agreement which establishes
the intergovernmental organisation, the Harare Protocol on the protection of patents, and
industrial designs together with the Banjul Protocol which governs the protection of trade
marks amongst the member countries. Zimbabwe is actually privileged that this regional
office is housed in Harare and can be directly accessed by Zimbabwean citizens.

It’s also worth noting that we actually have a fully-fledged office (Zimbabwe Intellectual
Property Office-( ZIPO) that is responsible for the grant and administration of intellectual
property in Zimbabwe. Indeed it is possible to register one’s intellectual property interests
in Zimbabwe. Functionability or otherwise is something else but of note is that Zimbabwe
has institutionalised IP. There is a special court (IP Tribunal), that has been created
through an Act of Parliament, judges well versed in the area are there on the bench
together with the lawyers who practice in this area of the law .The legal framework is
there, the creators are plenty but there is a missing link, which, whilst in this celebratory
mood I will not seek to discuss.

There is no doubt intellectual property surrounds us every day, from the supermarket
shelves where all the goods stocked on the shelves are branded and most likely
trademarked, to all the different technology and innovations that make modern life
possible such as software, drugs etc. In our backyard it is also present in the form of
traditional knowledge and folklore. We have even increased local radio stations playing
new songs, locally sung and produced, new genres being born and developed-all this is
intellectual property. Successful literature, art and the like has sprung from this country
but the question is do we know what is in our midst, do we protect it, do we appreciate it
or know what it is worth to our businesses?

At national level intellectual property emerges in areas as diverse as public health, food
security, environment, education, trade and commerce, biotechnology, the internet,
entertainment etc. Despite this presence, for many citizens intellectual property is an
obscure domain shrouded in jargon and technical mystery. It remains a neglected area in
boardrooms; it is not recognised on balance sheets despite being a major component in
the asset column of many businesses and it is hardly given space in national development
issues.

IP rewards people who come up with creations and innovations and gives them an
incentive for coming up with new and better works. As more people invent and create,
society is moved from one rung on the ladder of development to the other. Artists,
inventors, innovators and all creators of intellectual property should be able to enjoy the
fruits of their creativity and labour albeit for a specific time. It is a fact that in countries
where intellectual property is not protected, ingenuity is stifled and progress retarded.
Intellectual property therefore plays a very important role in a developing economy such
as that of Zimbabwe and should be well protected.