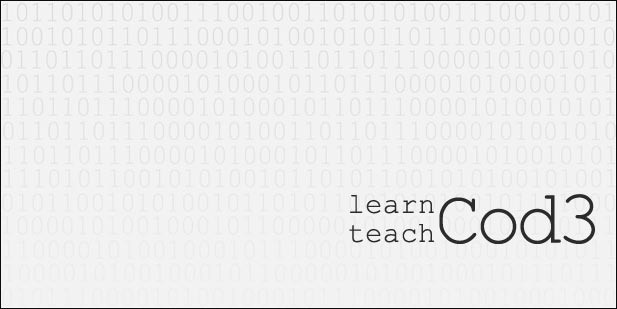 After writing the “To learn code, teach code” article last week, I got emails from a few people asking me to teach them code. Some offered to teach me how to write secure code. And most, who had experienced the same, just generally echoed that it’s a great idea.

But then sharing my experiences in an article is good, but it doesn’t really change much on the ground. And the reality is I don’t want to learn all languages and platforms under the sun so I can teach those contacting me. Actually, reality is I don’t know much programming aside from clumsily hacking together a WordPress plugin in PHP. Wouldn’t it be great if anyone could offer to teach people in the community?

So, maybe we can do something together as a community. Individuals, tech startups and large tech companies and the the tech hubs that have been established can all be involved in an initiative to learn and teach programming. The tech hubs locally have all acknowledged and made a deliberate push to start skilling people in all things internet and mobile. Maybe we can all learn and teach 2 hour session there?

It can be evening events where for example every Thursday, for two hours, someone is teaching something. Every hub can do this and we can have a central place where these events are posted. Can be a Facebook page or group or just an email list even where people share learning and teaching programming opportunities. For example, anyone can post “I’m teaching an introduction to python in a week at Muzinda Hub. Please confirm attendance by replying to this post so I have a good estimate of the numbers“.

Private companies and startups can be part of this network to do “learn code/teach code” meetups at their offices. I know we can at Techzim. And these would serve (in addition to the acquisition of new skills that is) as a general networking thing as well. A bring and share thing for drinks & snacks etc…

We can even have a very loosely coordinated movement here in Zimbabwe and even globally where we all acknowledge that we are learners and teachers that need each other. People identifying themselves with the initiative can wear t-shirts that say “I teach code” at the front, and “I’m learning code” at the back. We can do it on social media by using badges on our profiles. We can put badges on our blogs etc… This would act as a soft invitation to anyone that wants to learn (and teach) to ask how they can be involved in improving this vital skill.

And it doesn’t have to be complicated code that you’re teaching. it can just be what you learnt setting up your first “hello world” app on Heroku, or Google App Engine. It can be even be something softer like setting up a WordPress site, or understanding Android development platforms, or how to build a simple Android app that just says “Yo!“.

It doesn’t have to be free. People rarely value free, but the point of such an initiative shouldn’t be making top dollar out of it. Anyone that teaches can charge a nominal fee of $2 per individual per session, payable after the session but only if the learner feels they gained something. Or something else, I don’t know.

I’m really just dumping the thoughts because I don’t think it should depend on one person. In fact it being loosely/independently coordinated and run by anyone in the community who feels like it, is better. The tech hubs though, can definitely play a more deliberate and organised role. Especially as their spaces are already organised to accommodate learners/teachers. But so are tech company boardrooms etc…

Let’s learn and teach each other.

21 thoughts on “We can make learning code easier in Zimbabwe. Let’s teach each other”