Astro Funbook 2 review: How does the Zim tablet for locals by locals perform? 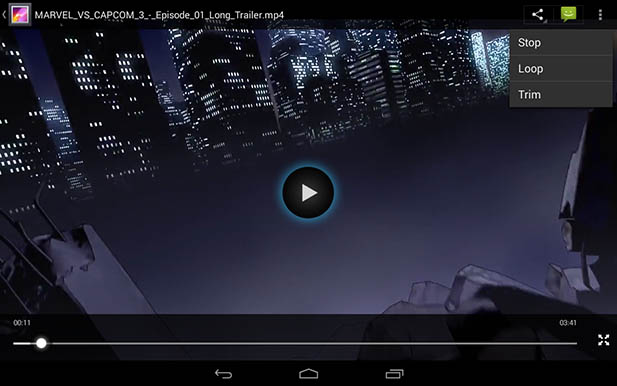 Local is lekker , homegrown is the best pick, Proudly Zimbabwean or Buy Zimbabwe. There’s a slew of these mantras that communicate the same message really. Support local brands. When it comes to tech hardware that herd is pretty thin though. Not many entrepreneurs want to service this market in terms of hardware.

In the spirit of providing for the locals by the locals, one of the few players, Astro released a tablet for the locals, the Astro Funbook 2. This local tech brand and startup has had some hits and misses in the past but has shown resilience with new products and services.

This time Astro has gone to great lengths to provide something that everyone into tablets should be happy to use. We took a look at it to determine whether or not the Astro Funbook 2 is for everyone, or just the select few. 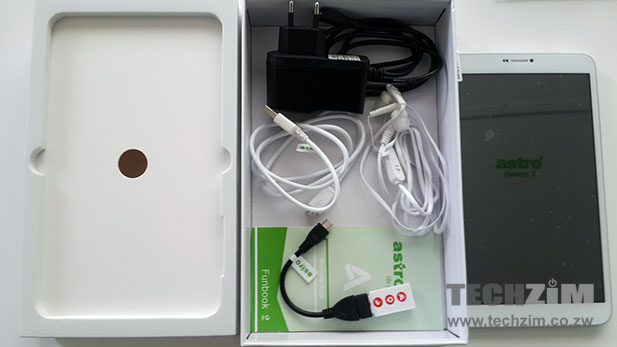 The box has a green cover and the rest of the materials are white. They included a foam type material that absorbs shock for the sides of the Astro Funbook 2 .

The packaging includes manuals, charger, connector cable, a 4G dongle (not yet sure how it stacks up against Econet’s $90 option) and a pair of earphones. Each of the components comes wrapped in a protective plastic.

The Astro Funbook 2 is about 9mm thick, which is by no means anywhere near the levels that the more established names have achieved, but is still decent. 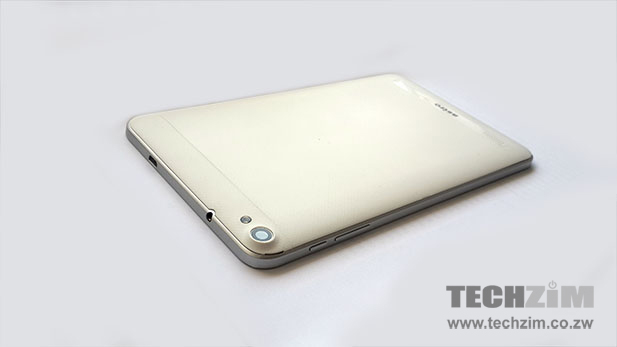 The back of the Astro Funbook 2 has a textured surface which while not slippery still gives worry of it slipping from hands. Like many android devices, it has soft keys instead of hard keys like those found in Samsung devices. The speaker grill is mounted at the back and is for a single speaker, so no stereo sound. The speaker does however provide high enough volume levels for use in a room with people.

On the right hand side we have the power buttons and the volume rocker. The bottom has a microphone and the top has the earphone jack and micro-USB connector. On the front of the Astro Funbook 2 you can see the sensors and a 2MP front camera.

On the rear we have the main camera which has a resolution of 8MP and its flash, with the speaker grille on the bottom left hand corner. The top of the back is removable exposing the slots for the micro-SD card and mini-SIM slots. The body of the tablet employs a screw less design which, while handy for maintenance, gives cause for worry on the strength of the build.

The display on the Astro Funbook 2 is decent for entry level tablets with a resolution of 800 x 1280 and a pixel density of about 216ppi. This translates to a decent screen for most activities.

I found the icons for the apps were rather blurry though. Other than that the screen was decent. Legibility indoors was pretty good, and the outdoor visibility was fair.

The only major drawback was that the Playbook 2 lacks a light sensor to allow it to auto adjust the display. This means one needs to adjust brightness before entering bright areas as it becomes a hassle when the screen is to dim to be legible.

The Astro Funbook 2 has an 8MP camera attached with an LED flash. The camera takes good pictures in bright light. Its low light performance however is not good, with the images having a tendency to be grainy.

The camera interface follows a recent trend in camera UI where for one to record, one does not need to go into camera mode. Instead all that is needed is to tap the video camera icon and the Astro Funbook 2 begins recording.

The only drawback I found is that video recording resolution cannot be changed, that is, it only records video at 1080p in 3gp format.

The only notable software addition on the Astro Funbook 2 was the application restrictor which will pop up whenever an app is launched and is requesting resources or when an app needs more resources.

It seems the app is oriented towards both security and battery life saving. I found it was a bit annoying when running benchmarks as it would interrupt process. This would imply that it will interrupt other apps as well, as long as they are demanding on system resources. Thankfully the feature can be disabled.

One issue I had was that the RAM on the Astro Funbook 2 is sufficient for basic activities, but with intensive use the RAM can easily run out. 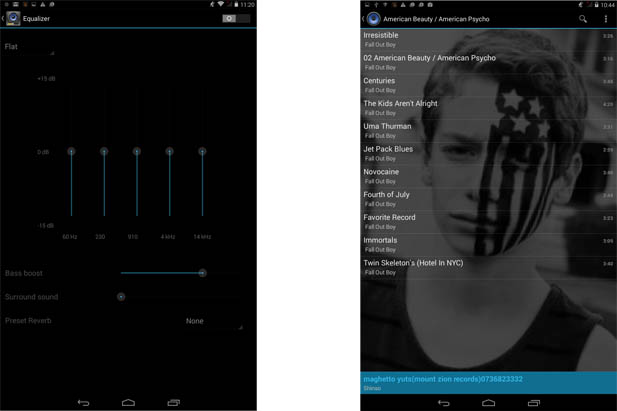 The Astro Funbook 2 has a gallery that shows thumbnails of images and thumbnails for the captured video. While this is a nifty feature, its toll on the system is apparent when one tries to multitask or benchmark.

While these are not commonly done tasks by many, they do instead point to the device’s shortcomings, and possible near future limitations.  Organising of the gallery can be set to name, time and locations, assuming one has GPS enabled while taking pictures. Overall the picture viewer is very basic, with no notable features to make it stand out from the rest out there.

The music player follows the current trend of including a DTS tuner in app, as opposed to the old days where one would have to download another app to alter DTS settings. The app allows sorting based on albums, playlists, tracks and artist. There are no options for sorting by folder, so it would be recommended that the music be tagged properly before uploading onto the Astro Funbook 2.

The battery supplied with the Astro Funbook 2 carries a capacity of 3000mAh which to be frank is not much by tablet standards. It does manage to get the tablet through the day, however this is mostly through power saving features that the system has enabled, including the app manager.

For the select few that like to use their tablets for calls, the Astro Funbook 2 is able to sync with a user’s Google contacts and allow the user to call or message . The headset included in the packaging is sufficient for calls, however, audiophiles will find the headset lacking, especially in the bass department.

The Astro Funbook 2 is a decent tablet, but the truth is, it has the one weakness of having to overcome cheap Chinese models that are on the market. With an asking price of about $250, it seems they have an uphill battle ahead of them.

What the Astro Funbook 2 has going for it is it’s being supplied by a local company and therefore serviceable locally. Also, with the asking price, I would have expected them to give a little more with regard to specs. It should however prove to be  a decent buy for those looking for a bit of security with regard to warranty and repairs.