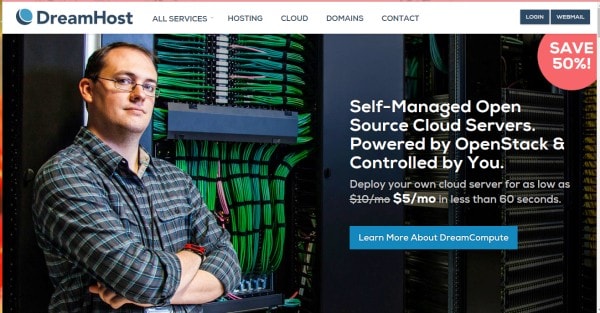 We have already established that when it comes to the cloud, few agree on what it is. Some think of it as referring to Software as a Service (SaaS) for example services like Office 365, some say it’s elastic infrastructure that you can expand and adjust to suit your organisation’s computing needs while others think of it in terms of cloud storage services like Dropbox and Google Drive.

Ever since the concept was invented there has never been a shortage of service providers pawning their wares as cloud offerings. We have of course the market leaders; Amazon, Rackspace, Azure and the Compute Engine from Google on what is becoming a long roster. All of these have one thing in common; they were made with large Enterprises and flexibility in mind and to scale and cater for the needs of different organisations. The result is a lot of complexity that is likely to confuse humble Zimbabwean start-ups.

This complexity is not helped by the vexing pricing structures that often accompany such services. New users have to familiarize themselves with languages like EBS, VPC peering Data, t2.micro, t2.small, t2.medium, EBS only storage, dense storage instances, AWS regions, elastic addresses, data transfer prices for data in and out of instances. All of this is while using internal addresses, elastic addresses, and what-nots. They even have a special calculator which never helped me much. They should make Amazon Pricing 101 a certifiable course.

The other providers are not better either and while I at least managed to launch and log into a couple of Amazon instances a couple years back, just to check what the heck the fuss was all about, I cannot say the same with Google’s Cloud Compute Engine where I encountered something called “load balancing forward rules” which are apparently worth about $15 each/month and which you cannot do without. The Azure cloud is no better.

But what if you are just a humble startup just out to launch your first app and do not yet know the resources you will need? What if you  are just cutting your teeth on the cloud? What if you just want to know what the noise is all about.

Well, I was in a quandary until I discovered Dreamhost. To be fair there are probably a lot of other simple priced cloud offerings out there and as always you are free to mention them below and share your knowledge with the community.

While Dreamhost (started in 1997) is nowhere as big an organisation as, say Amazon, nor do they have multiple regions or a portfolio nearly as expansive, its pricing structure is quite simple. Instead of paying for each and every resource that you use, Dreamhost has the three flat priced packages with the cheapest starting at $5/month. In each plan, there is a cap to the maximum amount of resources you can use. Users can launch up to two instances in the first bouquet for example.

Those of you who love uncapped internet in this country are quite familiar with the “up to” phrase. In the same fashion there is a slight catch: Once you exhaust a some resources like the amount of RAM allocated for your plan you will not be able to launch more instances and the first and second plan only allows you to have and use one public IP which you can only attach to one instance.

This could be useful if you say want to launch a LAMP stack and install the MySQL Database on its own instance for some reason  or you want to launch several apps behind a firewall and regulate access to them using one internet facing machine. You can always purchase additional IP addresses for about $6 each/month which is very steep for me but hey, you cannot have everything.

They also have a popular selection of images including Ubuntu 14.04 (Trusty Tahr), Ubuntu 12.04 (Precise), Centos 6-7, Fedora 20-21, CoreOS and Debian Wheezy which should fulfil the needs of most people. Again the images are not extensive as the ones available in say AWS but the interface allows you to edit images and create custom images of your own for future use which can be useful if you want to launch multiple, duplicate, but custom-made instances.

And for the icing on the cake, Dream-host accepts EcoCash’s Virtually Cards which should make it more appealing to the Zimbabwean market. For those starting out with the $5 plan, the total cost is easy to work out and stands at $6.25 a month, $5.50 for the service (for some reason they don’t allow you to pay anything less than this although you will be billed $5 a month and the $0.50 will be credited to your account meaning a cost of $4.50 a month), $0.50 to generate the VC card every month and about $0.25 for the transaction.

As an accountant, I like to know what I will be paying in advance and Dreamhost gives me just what I like. They offer free 30 day trials and a 60 day invoice settlement grace period and even with things as tough as they are in Zimbabwe at the moment, even the poorest startup or individual cannot fail to settle a $5.50 invoice in that time.

6 thoughts on “Wetting your beak with the Dreamhost cloud”