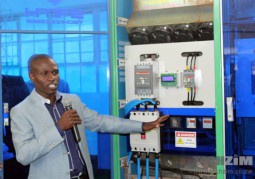 So there’s been a lot noise around whether a guy is an inventor or not. A huge crowd came to the comments section of the story – Trolls and good people alike, they screamed. “He can’t have invented anything! How dare he compare himself to Elon Musk!” a half of the crowd’s been shouting angrily. The other is not helping matters at all, having given up all debate to religion “With the Christian God, anything is possible!”

The curious few have ofcourse been left wondering what exactly is going on. Here are my brief thoughts on the matter.

115 thoughts on “Of new inventions, physics defying miracle devices and what to believe”