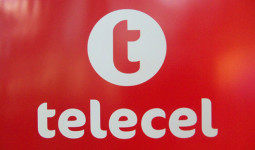 Telecel Zimbabwe has just launched an SMS and recharge promotion that offers a grand prize of a house each to three lucky subscribers.

The promotion will come in two parts with the first being qualified for by prepaid customers. One needs to purchase a minimum $1 worth of airtime a week to accrue points and register for free by dialing the USSD code *33330#. A notification will follow telling the subscriber that they have successfully entered the competition which will run from the 14th of September until the 14th of December 2015.

The second option for the competition, open to postpaid and prepaid subscribers, involves participating in an SMS quiz to accrue points. To register for this competition subscribers send a blank SMS to 33566. Once registered they receive 3 questions at a time via SMS. Subscribers respond via SMSs which are charged for a premium rate of 25 cents. Subscribers can increase their points by requesting more questions through sending “MORE” to the same number.

This is not the first time that Telecel has run such a VAS promotion. They ran a similar competition in 2012 where winners walked away with a mobile device daily. This time around however, they have upped the stakes, with the grand prizes being three houses and the build up being driven by a $100 weekly prize each offered for 10 participating and winning subscribers and $1.00 airtime awarded to 50 subscribers daily.

Telecel says the promotion is meant to award their customers for their loyalty though with their adjusted bundles it may excite more customers than their own.

We recently carried an article where we were questioning the viability of Telecel as a business if the continued downward trend in subscriber numbers is not arrested. They current hold a subscriber base of just 17% and have been on this path since 2012. Of course we know that Telecel will not just roll over and die and we should see some exciting pre-festive and festive season promotions like this one and a likely adjustment on data packages.