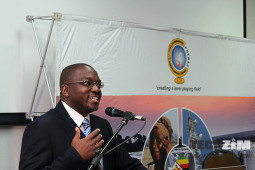 Yesterday, a advisory group that has been set up to lead Zimbabwe’s Internet Governance Forum initiative, hosted an event in Harare to engage the public in coming up with the things that Internet Governance in Zimbabwe should address. The group, called the MCT-ZIGF, consists of individuals from internet companies (Liquid, Powertel, TelOne), Academia (UZ, AU), tech services companies, government, and NGOs.

It was a productive day working with diverse groups of people all looking to make the internet ecosystem in Zimbabwe be as useful as possible to all Zimbabweans. It’s important because the internet is the one tool that has changed economic prospects for individuals and countries especially those in Africa. The internet levels the playing field in amazing ways and guarding this levelling effect is critically important.

Specifically, the event came up with input on the Internet Economy, Openness, Inclusivity and Diversity, Cybersecurity, Governance Standards and Internet & Human Rights. The input will be submitted to a regional Forum (in a couple of weeks) and then onwards to the international Internet Governance Forum from where it will cascade back as international standards.

Just one day though, felt too short to get input on all the things that matter, and it was clear as some items were skipped entirely when the discussions ran out of time. I hope there are other channels for the working group to get this input and I hope that they will hold a similar event in Bulawayo and other cities.

Here are some picture from the event: