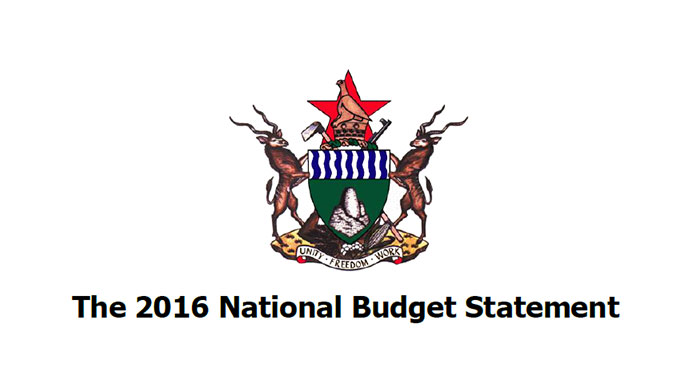 Not tech obviously but we know most of our readers would like to go through this. So we decided to post it here.

But for those just looking for the tech bit, here’s an extract pf the technology section. Quite a bit of stuff to go through. We’ll summarise later for those too lazy to through the raw presentation.

624. It is estimated that when internet penetration rises by 10% in emerging economies, it correlates with an incremental Gross Domestic Product increase of one to two percent.

625. ICT is also general purpose technology that has wide-ranging effects throughout an entire economy, reshaping entire systems of production and distribution, and contributing to other social goods, including improving education and healthcare access and services.

626. Mr Speaker Sir, despite financial and infrastructure constraints, next year interventions in ICT will among other issues, include the establishment of Data Centres, completion of Mile Connectivity, establishment of Community Information Centres and extension of E-Government Platform.

627. An amount of US$299.2 million will be invested in the sector in 2016, drawing largely from loan financing and public entities’ own resources, targeted at expansion and upgrading projects.

629. The project involves the expansion of the mobile network coverage to improve the network quality, increase the data speeds, as well as to expand network capacity to accommodate more subscribers.

630. Cumulative disbursements towards the project now stand at US$118.1 million, with US$52.4 million having been disbursed as at 30 September 2015. Equipment worth US$98.3 million has been delivered and installed country-wide.

633. This year, and using own resources amounting to US$11 million, Tel-One has been able to commission 14 Multi-Service Access Node Sites, expand the Asymmetric Digital Subscriber Line (ADSL) network, and connected 13 420 homes.

634. To capacitate the parastatal in its expansion and modernisation drive during 2016, Government is facilitating mobilisation of US$98.6 million loan from China Exim Bank before the end of the year.

636. The above resources will be complemented by Tel-One’s own resources of US$12 million, to be channeled towards connecting homes and public buildings, US$4.6 million, value added products to customers, US$3.1 million, as well as procure and install various equipment, tools and accessories, US$4.2 million.

638. The project, estimated to cost US$159 million, comprises of digitilisation of ZBC television studios and transmitter sites, construction of 24 additional transmitter sites, civil works as well as upgrading of systems and services, among others.

640. Equipment received to date amounts to US$17.3 million, and includes head-end satellite uplink materials for towers and 2 studios, with installation for the first batch of 5 digital transmitters at an advanced stage of completion.

641. The project is expected to be complete by the last quarter of 2016. In this regard, the Broadcasting Authority of Zimbabwe has earmarked US$132 million from the Broadcasting Fund for this purpose.
E-Government Programme
642. Mr Speaker Sir, the E-Government programme we are implementing, dubbed ‘ZimConnect’, is aimed at allowing all Ministries, Departments and public entities to have flexibility in deploying e-applications online that reduce red tape, eradicate corruption and other institutional bottlenecks associated with the traditional methods of public service delivery.

643. The 11 e-applications, currently riding on the Public Finance Management System, will be launched during 2016 in order to bring Government services closer to the people.

644. Furthermore, the National Information Data Centre we are developing, will act as a central repository for public sector information and will anchor the E-Government Programme architecture.

645. I, therefore, propose to set aside US$17.2 million for the E-Government programme, targeting the National Data Centre, Communication Information Centres and establishment of Computer Laboratories at schools.

646. Through the Universal Services Fund, 530 rural schools will be provided with e-learning facilities such as 50 student laptops, internet access and digital curriculum content, all at a cost of US$3.6 million.

647. Furthermore, the Fund will establish tele-medicine for 10 rural health centres, which will facilitate access to tertiary health services for beneficiary communities.

648. Other on-going E-Government flagship programmes are in the following line Ministries: